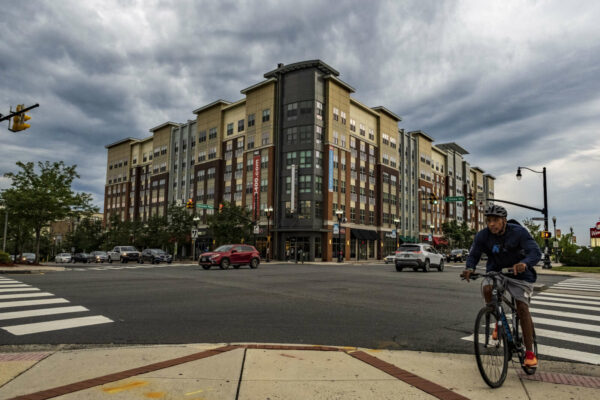 Pupatella Gets Millions for Expansion — “Arlington’s own Pupatella pizza restaurant chain has raised $7.5 million to continue its growth spurt, with plans to open more more than a dozen restaurants in the coming years. The round was fully subscribed and had participation from almost all of the investors who participated in the company’s first round in 2018, when it raised $3.75 million.” [Washington Business Journal]

Steel from WTC Donated to Arlington — “Two pieces of steel from the World Trade Center will now be on permanent display in D.C. and Virginia ahead of the 20th anniversary of the 9/11 terror attacks. The words ‘never forget’ are written on the front of a piece of steel beam unveiled during a ceremony in front of the Arlington County Police Officer Memorial on Sunday.” [WTOP]

Crystal City Getting Cooler? — “Nearly three years after Amazon announced it would be bringing its second headquarters to Arlington — and specifically to ‘National Landing,’ a name conjured by local officials to sell the area as a tech hub — its reputation may be changing.” [Washington Post]

Fire Engine Involved in Crash — “An Arlington fire engine was involved in a crash at the intersection of 18th Street S. and S. Fern Street this morning around 9:30. No firefighters were injured. One person in the second vehicle involved was taken to the hospital but is expected to be okay, per an ACFD spokesman.” [Twitter]

CPRO to Mark 35th Anniversary — “As the group’s 35th anniversary looms on the horizon this fall, the recent annual meeting of the Columbia Pike Revitalization Organization (CPRO) was a chance to take stock of tumultuous times and fly the organization’s flag in the march toward the future.” [Sun Gazette]

Arlington Poetry Book — “I picked up a copy of the ‘Written in Arlington: Poems of Arlington, Virginia’ edited by Katherine E. Young, our poet laureate emerita. Published quietly last fall during the pandemic, it showcases storytelling via 150 poems by 87 poets who ‘live, work, study, worship in or simply pass through… and in so doing, make Arlington their own,’ Young explains. She nodded to famous Arlington-based poets — George Washington Parke Custis, Doors singer Jim Morrison, and Zitkala-Sa.” [Falls Church News-Press]