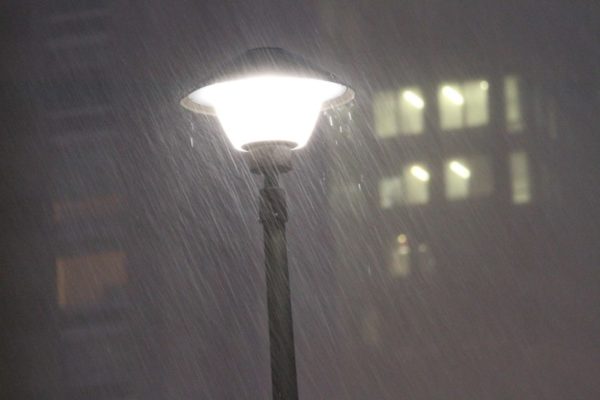 Arlington is under yet another Flash Flood Watch.

The National Weather Service says that overnight downpours are expected and could cause flash flooding in the D.C. area.

* From 2 AM EDT Friday through Friday morning.

* Scattered to numerous showers and thunderstorms are expected. Although isolated thunderstorms capable of heavy rain are possible this evening near and southwest of the DC metro area, the bulk of the threat is expected to be overnight into Friday morning. Thunderstorms may be capable of producing heavy rainfall of 1 to 2 inches per hour.

* Heavy rainfall may result in rapid rises on streams, creeks, and in urban and poor drainage areas. This will especially be the case where repetitive or persistent thunderstorm activity occurs.

Even more rain is expected during the day on Friday and into the weekend.

Conditions generally remain warm and humid the next several days. Each day will bring a chance for afternoon/evening showers and thunderstorms, along with the potential for isolated flooding. #MDwx #VAwx #DCwx #WVwx pic.twitter.com/2cBcwEp176