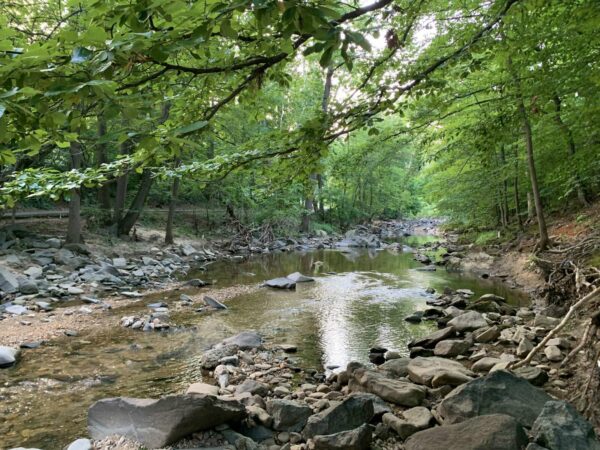 Kitten Rescued from Van — ” Caroline Elpers, a deputy animal control officer with Arlington County, responded to a call from a woman on Aug. 15. The woman said she was walking her dog and she’d heard the mewing of a cat coming from the inside of a van parked on the street. ‘Initially, the call stated that the cat was in the van,’ Elpers said, who arrived on the scene around 10 a.m. ‘Once I got there, it was apparent that the cat was underneath the van, running under and into the engine.'” [Patch]

Pandemic Doesn’t Stop Tax Collection — “Over the past year, staff of the Arlington treasurer’s office has been tasked with collecting $997 million in taxes due on real estate and personal property (both vehicles and business property). To date, more than $995 million of it is in hand. Treasurer Carla de la Pava on Aug. 16 confirmed to the Sun Gazette that the county’s tax-delinquency rate for the past year stood at 0.18 percent, a near-record.” [Sun Gazette]

New Faregates Coming to Local Metro Stations — “Work is also underway to replace the faregates at 13 additional stations, with new faregates being phased in as they are completed and ready for service. Eastern Market and Forest Glen are expected to be completed within the next week. That will be followed by the completion of Friendship Heights, Crystal City, Capitol South, the north entrance of Union Station, Arlington Cemetery, National Airport, and Addison Road in the coming weeks.” [WMATA]

N. Va. Gov’ts Welcome Afghan Refugees — “The Northern Virginia Regional Commission… issued a statement regarding regional refugee resettlement on Tuesday. ‘Citizens of Northern Virginia are following with great concern and compassion the evacuation of Afghan refugees by the brave men and women of our Armed Forces and civilian agencies,’ the statement read. ‘We welcome our new neighbors and wish them much success as they transition to a new life here in the region and across the United States.'” [Prince William Times, Twitter]

N. Va. School System Goes Virtual Only — “Rappahannock County Public Schools on Monday announced that the schools will switch to virtual learning for the remainder of the week while officials work to create a new system to mitigate spread of COVID-19 as the virus has created a flurry of cases within the schools since the academic year began… Officials said a high number of flu cases reported in the schools was also taken into account when deciding the closure.” [InsideNova]