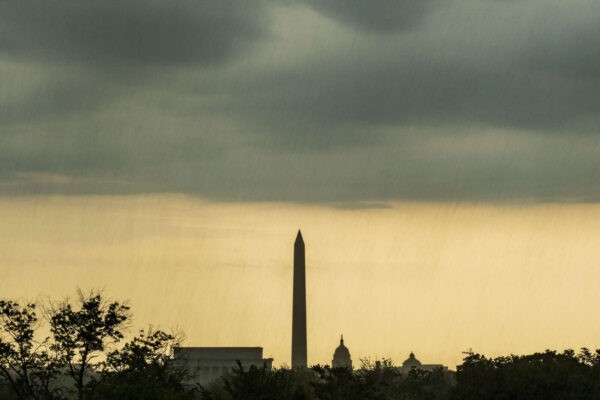 Get ready for another stormy afternoon — and possible flooding.

The National Weather Service has issued a Flash Flood Watch for Arlington and the immediate D.C. region. The watch, which takes effect at 1 p.m., cautions that heavy rain which can cause dangerous, rapid flooding is expected this afternoon and evening.

Yesterday’s afternoon thunderstorm toppled trees around Arlington and knocked out power to several thousand homes and businesses. No significant flooding was reported locally, but the storm left the ground waterlogged and thus increased the chances of flooding today.

A Flash Flood Watch has been issued for areas along the I-95 corridor this afternoon into tonight. Showers and thunderstorms are likely to bring heavy rainfall, which could lead to instances of flash flooding, especially in urban areas. pic.twitter.com/8TRQXYpqgA

* From 1 PM EDT this afternoon through this evening.

* Heavy rainfall amounts in a short period of time may result in rapid rises on streams and creeks as well as the potential for flash flooding in urban areas.