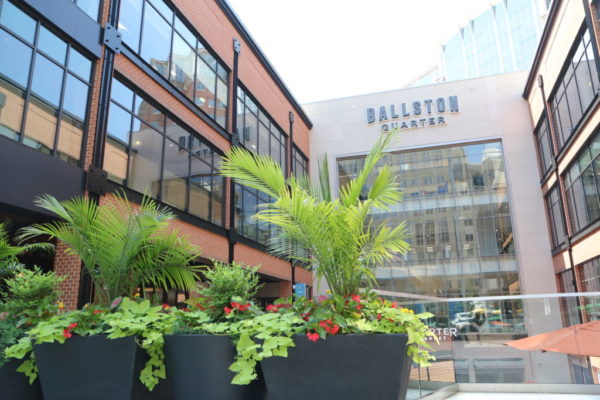 That could mean something like an escape room, or virtual reality gaming experiences.

The entertainment facility will take up about 2,217 square feet of space located at Suite 2233, on the second floor of Ballston Quarter, according to a permit filed with Arlington County. The permit had no further details about who or what is coming.

When asked what it could be, a spokesman for Brookfield Properties, which manages the retail at Ballston Quarter, said he can’t say.

“We are not able to comment on this as we don’t comment on behalf of our tenants,” he said.

After making a few inquiries, it’s still a mystery. 5 Wits, which provides live-action immersive experiences and already has a location in Ballston Quarter, said it’s not expanding.

“At this time, there is no expansion planned for 5 Wits Arlington,” a spokesperson said.

VR Zone DC Arcade and VR Arena, a virtual-reality gaming experience with locations in D.C. and Rockville, Maryland, also confirmed it’s not that company: “It’s not us and we unfortunately don’t know who’s coming to Ballston.”

Two years ago, The VOID — a virtual-reality gaming experience that received a lot of media attention — announced it was coming to Tysons Corner Center. But the poster-child for VR arcades faced financial problems and its Tysons location has since shut down.

The VR gaming concept, generally speaking, has reportedly struggled to take off and faced significant setbacks during the pandemic.