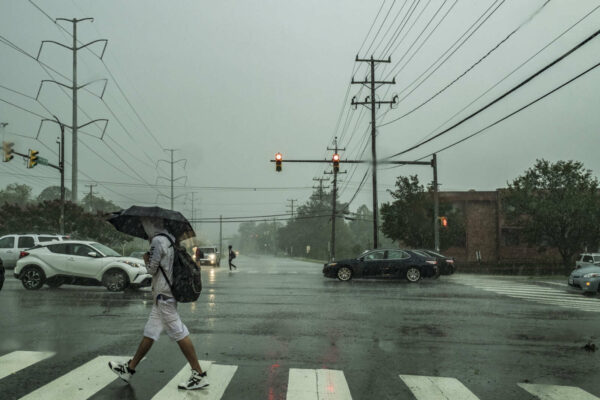 Police Make Numerous DUI Arrests — From the Arlington County Police Department: “ACPD Officers are committed to making our roadways safer by identifying, stopping, and apprehending impaired drivers. Last week (September 12 – 18), officers made 16 arrests for Driving Under the Influence (DUI). Motorists are reminded that it is never okay to drink and drive.” [Twitter]

ACPD Warning of Tainted Cocaine — “Please take steps to protect yourself and others who may be in possession of cocaine purchased in the Washington, D.C. metropolitan area. The nasal spray Narcan (also known as Naloxone) can save the life of someone who is overdosing from substances containing opioids, if given in time, and test strips can detect dangerous fentanyl-laced drugs before they are used.” [Arlington County]

Man Stabbed Near Columbia Pike — ” The investigation revealed that at approximately 1:15 a.m., the victim was walking in the area when he was pushed from behind by the unknown suspect and fell to the ground. The suspect then brandished a knife and demanded money from the victim before stabbing him and stealing his wallet. The suspect fled the scene on foot and the victim returned to his residence before determining he was in need of medical services.” [ACPD]

Gusty Storm Yesterday Afternoon — “A 39 mph wind gust was recorded at National Airport with the storm that passed through Arlington earlier this afternoon, per the National Weather Service.” [Twitter]

Power Outages After Wednesday’s Storm — “More than 1,000 homes and businesses are currently without power in Arlington. The largest outage is affecting the area around Kenmore Middle School.” [Twitter]

School Bond Funds New ‘Heights’ Entrance — “A new entrance to the Shriver Program, which is collocated with H-B Woodlawn Secondary Program in Rosslyn, is needed to make it easier for those with disabilities to access the building and the parking lot… More funds are need to permit ‘the completion of a design that we had intended in the first place – complete it the right way,’ Kanninen said. The $11.39 million project accounts for nearly half the proposed $23 million school bond that goes to voters on Nov. 2.” [Sun Gazette]

Klobuchar to Canvass in Arlington Sunday — “Join us for a Weekend of Action canvass in Arlington with Senator Amy Klobuchar & Governor Terry McAuliffe! We’ll be talking with our neighbors about the issues that are important to them — and why Terry McAuliffe, Hala Ayala, Mark Herring, and Alfonso Lopez are the right people to move Virginia forward in 2021.” [Mobilize]

Update to Metro Story — A report from the Washington Metrorail Safety Commission suggests that the person who fell from a train while walking between railcars near the Clarendon station was the son of a WMATA employee. He was able to continue on to Tysons but suffered significant injuries, was bleeding heavily and was later hospitalized. [ARLnow]