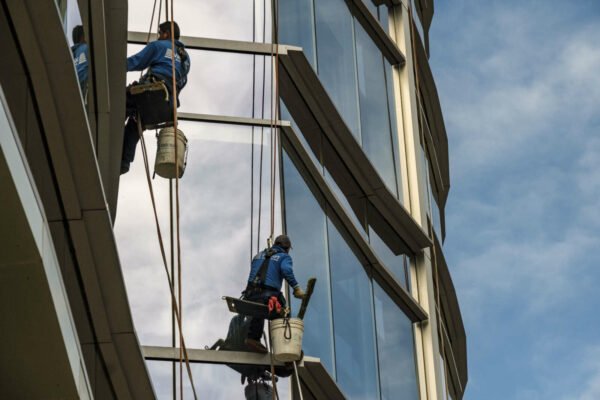 Tesla Dealership Coming to S. Glebe Road — ARLnow’s scoop from February is all but confirmed: “Tesla Inc. appears to be filling the high-end auto dealership void left by Maserati’s closure in South Arlington. The electric automaker will convert the former Maserati and Alfa Romeo dealership at 2710 S. Glebe Road into a 63,854-square-foot auto sales, delivery and vehicle service center, per plans obtained from Construction Journal. The work is expected to be fairly quick, starting in November and finishing up by January.” [Washington Business Journal]

Long Bridge Concert Tomorrow — “Join us, along with Arlington Parks & Recreation, Saturday, September 25 for the Long Bridge Aquatics & Fitness Center Community Celebration featuring a festive fall beer garden and live entertainment including Virginia native and HOT 99.5 Rising Artist Winner, Jerel Crockett beginning at 5 PM. The night will include a diverse lineup of some of the DMV’s hottest DJs, Farrah Flosscett and King Iven, as well as the rock/pop/funk band, Up All Night, playing all your favorite songs from the 80s, 90s, and today.” [National Landing]

Big Crash on GW Parkway — “A reader sends this photo of the earlier crash on the GW Parkway, near Key Bridge, in case anybody drives by later and wonders what happened to the wall.” [Twitter, Twitter]

The End is Near for an Old Home — “A demolition permit has been granted the owner of the 130-year-old Fellows-McGrath home at Washington Blvd. near Sycamore St. It’s disappointing to Tom Dickinson and other preservation activists who had filed an application to protect it… Manassas realtor Masum Kahn, who bought the house after eight months on the market to build modern homes, has not set a demolition schedule. Though he would consider selling ‘for the right price.'” [Falls Church News-Press]

Caps Player Honored by ACFD — “Earlier this month the ACFD presented @Capitals @GarnetHathaway with a citizens award for his charity known as #HathsHeroes. This charity has given so much to local first responders and we are extremely thankful to Mr. Hathaway for his work in the community.” [Twitter]

Oddity of Arlington Transit History — “The Rosslyn-Ballston corridor is a famous example of early transit-oriented development because of the Orange Line, but the area was home to an innovative transit experiment long before Metro. From 1936 through 1939, a streetcar-bus hybrid provided service from the City of Fairfax to Rosslyn and into DC.” [Greater Greater Washington]

Arrest in Seven Corners Sex Assault Case — “Patrick Michael Chaloupka, 38, of Woodbridge has been charged with additional felonies for another sexual assault that occurred at a Falls Church hotel. Officers responded to a hotel on Aug. 26 in the 6100 block of Arlington Boulevard for the report of an assault that occurred three days prior.” [Fairfax County Police Department]