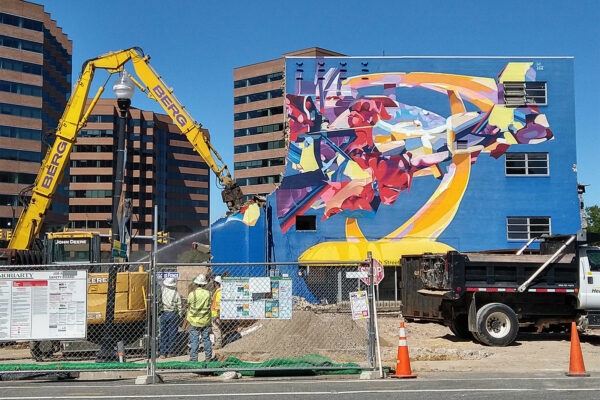 Arlington Has High Kid Vax Rate — “Virginia schools have about 420,000 children between the ages of 12 and 15, and about 63 percent of them have received at least one shot, Gov. Ralph Northam (D) said during a news conference Monday. But vaccinations are not evenly spread: Alexandria has the highest vaccination rate for children in the state, at 98.5 percent, followed by 92 percent in Arlington.” [Washington Post]

Film Crew at DCA Today — “No parking except film crew” signs near Long Bridge Park are in place for some sort of a documentary that’s being filmed at National Airport, Arlington’s film office coordinator tells ARLnow. [Twitter]

Man Throws Drink at Honking Driver — “At approximately 8:41 p.m. on September 25, police were dispatched to the report of an assault just occurred. A lookout was broadcast and officers located the suspect in the 3500 block of Columbia Pike. The investigation determined that the victim was driving in the area when the male suspect, who was on foot, blocked his passage. The victim honked his horn to alert the suspect and as he was driving past, the suspect threw a beverage through the window, striking the victim in the head. The victim declined medical treatment and sustained minor injuries.” [ACPD]

County Reluctant to Loosen Lifeguard Rules — “It was a problem felt across Northern Virginia all summer – a lack of available lifeguards to keep watch over community pools. But should local governments provide exemptions for some pools to help alleviate a similar crisis next year? [Arlington] seems very hesitant.” [Sun Gazette]

Marymount Grad Wins Design Competition — “Tran Truong is a talent to be reckoned with in the design world. For the second consecutive year, the 26-year-old Marymount University student (now alumna) in May took top honors in a national competition hosted by the visual merchandising company WindowsWear. This year’s challenge: Design a store concept for the 40th anniversary of fashion label Michael Kors with an eye toward sustainability and social change.” [Arlington Magazine]