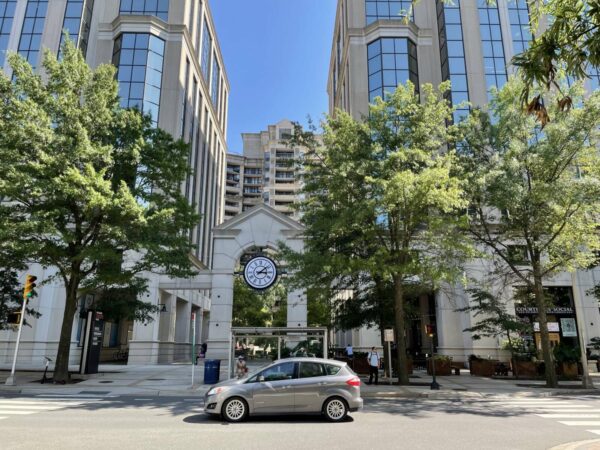 APS Staff Vax Update — “Overall, 67 percent of all staff and 91 percent of instructional staff are fully vaccinated, and we are following up with all those who have not responded to the survey. This data will be compiled and finalized in early October. Regular testing is required for staff who are unvaccinated or did not respond to the survey.” [Arlington Public Schools]

Dog Reunited With Rescuers — “Arlington County firefighters were reunited with a dog they rescued from under a vehicle in August, according to a post on the fire department’s official Twitter account. Fire units responded on the evening of Aug. 9 for the report of a crash with injuries. Arriving on the scene, fire personnel determined that a dog named Sonny was trapped under a vehicle.” [Patch]

Photos from Wakefield vs. W-L — “In an intra-Arlington rivalry game, Wakefield High School defeated Washington-Liberty, 7-0, in varsity football action at W-L on Sept. 24, 2021. It was the fifth straight Wakefield victory over W-L in football competition.” [Sun Gazette]

Masseuse Misses Commute — “The pandemic changed my commute. It changed everything, of course. First, my commute vanished entirely when I stopped working at a clinic in Arlington, Va., as a massage therapist and instead focused on freelance writing from my home office. No more biking to work… Commutes aren’t generally pined for, but I missed the transformation that happened from door to door.” [Washington Post]

Rowdy Suspect Tased on the Pike — “At approximately 1:00 p.m. on September 28, police were dispatched to the report of an individual screaming and throwing items inside a residential building. Upon arrival, officers heard loud banging from a residence and observed items thrown into the hallway. Officers made contact with the occupant who was acting erratically, disregarded verbal commands and charged towards the officers. A taser was deployed and the subject was taken into custody without incident.” [ACPD]