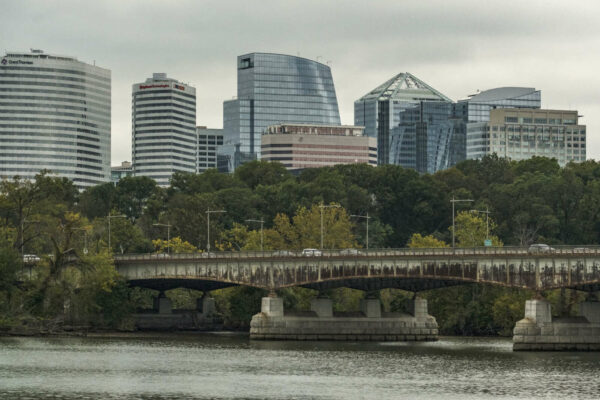 Columbus Day Closures — “Most Arlington Transit routes are closed, with the exception of routes 42, 45, 51, 55, 77 and 87, which will run on Saturday schedules. Parking meters won’t be enforced, but all other parking violations will be. The public schools will not hold classes; it’s a professional learning day for staff. Government offices and the public library are open.” [WTOP]

Local Yard Sale Funds Acts of Kindness — “Susan Thompson-Gaines is like a fairy godmother who magically appeared in Marjorie Gonzales’ life to help her conjure up a dress for the ball. ‘Just came out of nowhere,’ said Gonzales, who was in need of a homecoming dress… Thompson-Gaines uses every penny of her profits — more than $12,000 this year — to fund random acts of kindness throughout her community.” [CBS News, InspireMore]

Proposal for Better W-L Baseball Field — “This fall, Healy is working with director of student activities Carol Callaway on a project proposal that they hope to present to county officials in the coming weeks. His vision is of something similar to Waters Field, a multi-purpose artificial turf field that can host games for baseball and rectangular field sports and serves as a central hub in the Vienna community… ‘You could call it a total facelift,’ Healy said. ‘You name it, we need it. You can’t even stand up in the visitor dugout, and the press box is almost a safety hazard.'” [Nova Baseball Magazine]

GMU Groundbreaking Planned — “GMU plans to break ground on the nearly $250 million expansion of its Arlington campus in January. The primary addition to the Virginia Square campus will be the 360,500-square-foot home for the Institute for Digital Innovation (IDIA), its tech research hub, and the coming School of Computing… Bethesda-based Clark Construction will serve as general contractor on the project, which is scheduled to be complete by April 2025, with students moving in by July of that year.” [Washington Business Journal]

Changes Planned for GMU Plaza –“The ‘stay-the-course’ proposal will aim to make the large plaza fronting Fairfax Drive a more useful gathering space, perhaps with a café attached, while potentially adding a mid-level connection between Smith and Van Metre Halls to effectively combine them as one. That was the vision outlined by Gregory Janks, who has led the 18-month planning process for the three main Mason campuses.” [Sun Gazette]

Nearby: Shooting in Arlandria — From Alan Henney: “500 blk of Four Mile Rd off Mt. Vernon Ave in the City of Alexandria. 15 yr-old boy shot in stomach taken to a trauma center in serious condition. Several suspects fled the scene on foot.” [Twitter, Twitter]