If you are a loyal reader of our columns, you know that there are always new federal lawsuits popping up against various federal government agencies. Well, this week is no exception.

On November, 8, 2021, the American Immigration Lawyers Association, along with four other attorneys in private practice, filed a class action lawsuit in the U.S. District Court for the District of Columbia. There are 49 plaintiffs and four defendants: the Department of Homeland Security (“DHS”), Alejandro Mayorkas, the Secretary of DHS, U.S. Citizenship and Immigration Services (“USCIS”), and Ur Jaddou, the Director of USCIS. 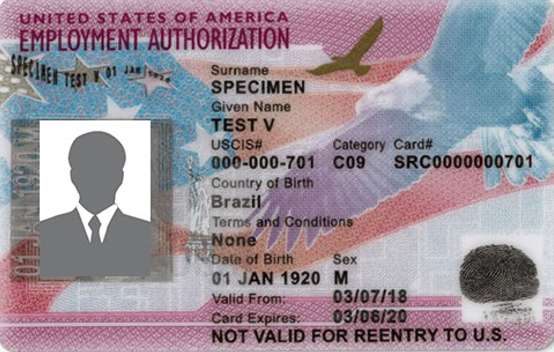 Previously, USCIS was required by regulation to adjudicate work permit applications within 90 days; if the agency took longer than 90 days, it was required to provide an interim employment authorization document valid for no longer than 240 days. In 2015, however, DHS published a new rule for public comment that proposed to eliminate the 90-day processing rule.

Nowadays, some categories of applicants get an additional 180-day automatic extension of their employment authorization from the date the current work permit expires, but as you will see, that is not a great solution in most cases.

Ever since, delays have gotten progressively worse. In 2016, the average processing time for a work permit was 2.6 months. But by 2021, it was 3.9 months. However, a closer look shows that applicants in the specific categories noted in the lawsuit are waiting much, much longer for work permits. For example, applicants for work permits who have pending green card applications are waiting anywhere from 20-21.5 months at some USCIS processing centers; ALMOST TWO YEARS! Importantly, DHS data from 2019 shows it only takes an average of 12 minutes to adjudicate a work permit application.

This means applicants with pending green cards who have never had a work permit and those filing for renewals are waiting almost two years for a decision. Therefore, those with pending applications are denied the ability to work or those who are renewing are losing their jobs and benefits when their 180-day extension expires.

Further, the agency blocks communication from applicants until the case is considered outside of normal processing times, meaning an applicant generally cannot communicate with USCIS about the delay for at least a year-and-a-half. 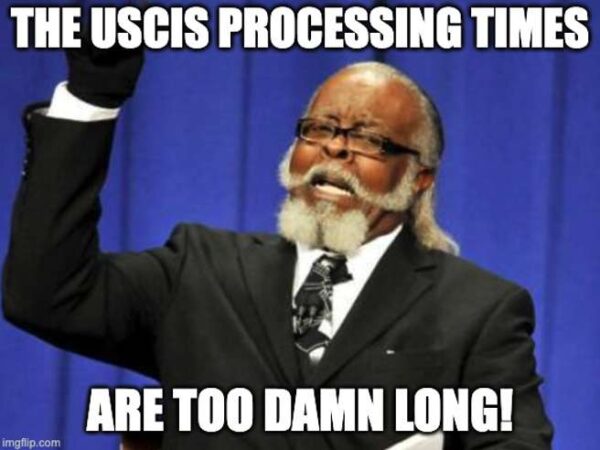 We have had many clients negatively affected by these delays and the lawsuit gives some excellent examples of how this hurts applicants. One of the plaintiffs is a physician in Dallas, Texas. He has been taking care of his patients during the COVID-19 pandemic. However, if his new work permit is not approved soon, he will lose his job and there will be one less physician available to treat patients during the pandemic.

Another plaintiff is a legal aid attorney who has not been able to work since June 30, 2021 due to USCIS processing delays. The lawsuit further alleges that in a time when businesses are struggling to find employees, USCIS is exacerbating this problem by failing to adjudicate work permit applications in a timely manner.

We hope that the lawsuit is resolved quickly and in favor of the plaintiffs such that USCIS is required to process these applications in a timely fashion. Right now, USCIS is not providing a true and satisfactory “service” when it takes up to two years to process an application that usually only takes 12 minutes to adjudicate. USCIS must responsibly allocate its resources to ensure the safety and wellbeing of all applicants.