Is there a massive amnesty in Build Back Better? Yes. Will it happen? Probably not.

The Build Back Better Act (BBBA) is not about immigration, but it’s such an enormous bill that the even relatively minor parts of it which do concern immigration would, in toto, constitute the most consequential immigration legislation since 1986.

What are the most important provisions of BBBA for immigrants in the United States?

This section would offer “parole” to approximately 6 million unauthorized immigrants in the United States. “Parole” has a technical meaning in U.S. immigration law — it has nothing to do with the concept of parole in criminal law. Instead, think of parole as permission to enter the United States.

The real-world effect of Section 60001 would be the grant of work permits and travel permits to an estimated six million unauthorized immigrants who entered the U.S. before January 1, 2011. These benefits would be five years in length, renewable for another five years — until September 30, 2031.

This highly technical (but consequential) section concerns something called “visa number recapture,” in which the United States would make green cards slots available which were not used in prior years. Unlike earlier immigration reform proposals, the BBBA limits the number of slots recaptured to between 250,000 and 400,000.

Visitors and other non-immigrant entrants to the United States would be charged $19 upon arrival, which is a puzzling addition, but there you have it.

$2.8 billion would be appropriated to help USCIS adjudicate Section 60001 applications, reduce backlogs and improve efficiency. It’s hard to appreciate numbers like $2.8 billion outside of context, so here’s the context that matters: USCIS’s enacted budget for FY 2021 was $4.7 billion, so $2.8 billion is a pretty substantial injection of funds.

We’re happy to provide you with our analysis, but we also encourage readers to read alternative views. The CBO provides a useful summary here; for analyses from competing sources, see this analysis from the American Immigration Lawyers Association (pro) and the Center for Immigration Studies (contra).

Will the Immigration Provisions of BBBA Withstand the Byrd Bath? 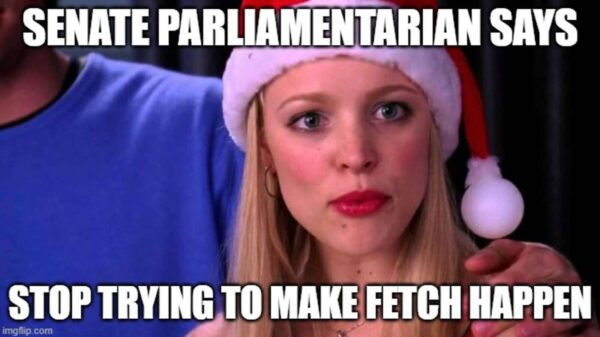 Reconciliation can only be used when the bill directly affects the federal budget. If a provision does not have a budgetary impact — and not just an ‘incidental,’ but a substantial impact — then Senators can object to the provision via a point of order.

Could some provisions (like the Payola Provision described above) survive in isolation? Yes. But, without the larger justification of the Parole and Early Adjustment provisions, it is hard to see how even USCIS could justify such a generous budgetary expansion.

END_OF_DOCUMENT_TOKEN_TO_BE_REPLACED

More Stories
Arlington one of the top localities in country for use of public transportation, census data showsHoliday markets, events and lights are bringing joy to Arlington over next two weekends