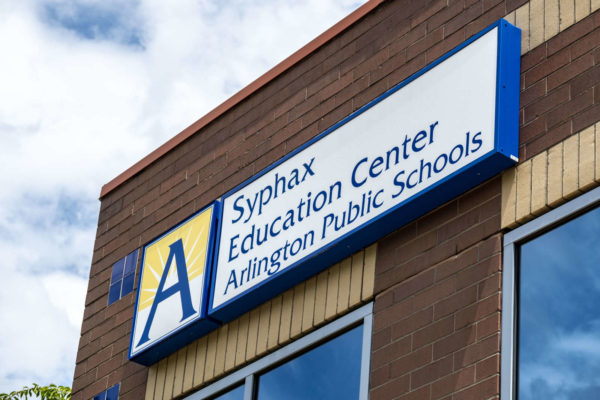 The future of Arlington Public Schools’ in-house Virtual Learning Program appears to hang in the balance.

The school system developed the program over the summer to give families an alternative to five days a week of in-person instruction. APS made in-person learning the default this fall after offering remote and later, hybrid instruction, last school year. About 600 students attend the VLP.

A little more than three months in, some educators say there are signs that the program may fizzle. We’re told the VLP was not listed as an option for next year during a recent middle school information night and that APS is processing a number of requests to return in-person.

APS confirmed there’s conjecture about the longevity of the program — which got off to a rocky start, in part due to staffing shortages — but said no decision has been made.

“While we know there is speculation about the future of the VLP, which was created as a response to the pandemic, no final decisions have been made,” APS spokesman Frank Bellavia said. “We will share information once a final decision is made regarding the program.”

Teacher Josh Folb says it’s clear that commitment to the program is waning.

“In the past, everyone said that they were committed to the long term future of the VLP,” he said. “When that line changes to ‘We will let you know,’ they have obviously changed their level of commitment. Previously, it wasn’t a discussion.”

In October, for example, administrators laid out what they were doing to improve the program in the immediate and long term.

New and retired teachers and administrators were hired to fill in vacancies and a review of the program was underway. Staff had a new system for tracking and responding to emails and phone calls from families requesting assistance. APS hired a new principal to take over for interim leader Amy Jackson, who abruptly replaced the original VLP administrator, Verlese Gaither.

“We absolutely want to broaden our vision and program for a robust VLP,” Bridget Loft, the assistant superintendent for teaching and learning, told the School Board at the time.

But families continue to request to transfer to brick-and-mortar schools. The VLP program had 711 students in September, 630 in October and about 600 students this month.

Last week, APS asked families to indicate their preference for in-person or online instruction for the rest of the school year, a VLP teacher, who wished to remain anonymous, tells ARLnow. By Monday, families were told the following: “There is a significant number of requests from parents to have their children return to in-person instruction. We are diligently working to expedite those requests.”

“Families have always had the flexibility to move back to in person learning when they were comfortable to do so,” he said. “Now that vaccines are available, families feel safer in sending their students back to school. Enrollment fluctuations have no bearing on staffing.”

Meanwhile, the VLP teacher — with whom ARLnow also spoke when the program debuted — said some of the communication and coordination problems she, fellow staff and parents ran into then persist today.

She said some staff who were hired in October had spotty onboarding, including one teacher who was never informed of a class that he had been assigned, while the retired administrators tapped to support the VLP were temporary hires and are now leaving.

Some home school special education staff don’t respond to emails while counselors and case workers seem unaware of their VLP responsibilities, she said.

In addition, she says teachers struggle to enforce student attendance and participation.

Engagement numbers are fairly high, per an October report, with 91-97% of students accessing APS’s various platforms for online instruction and about 73% accessing real-time class sessions. But the VLP teacher says multiple students are chronically absent or tardy, some only show up for a few minutes and others never turn their cameras on.

Staff have not heard from Superintendent Francisco Durán nor School Board members, she added, save for Board member Monique O’Grady, who appeared at the VLP Back to School Night.

“Perhaps that is telling,” she said. “No one wants to be associated with the VLP. We joke that we are a ghost ship of broken toys. It might be funny if not for the students.”