Cruel Summer in the Pool — “Arlington’s four summer swimming teams in the Northern Virginia Swimming League had a combined losing record of 9-11 this season. It was the first summer since the 2012 campaign that the four had a cumulative losing mark… This summer Overlee also was the only one of the four with a winning mark, at 3-2.” [Sun Gazette]

Arlington = Jersey City? — A TikTok creator, talking about her viral map comparing parts of the D.C. area with New York City area locales: “I completely understand that people are going to disagree with this, but it was Arlington and Jersey City — you know, being literally across the river from a big economic center that people commute into. I think the way people in DC talk about Arlington — it just sounded very familiar to some of the things that I’ve heard people in Manhattan saying about people who live just across the water in New Jersey.” [Washingtonian]

Another Gun Caught at DCA Checkpoint — “A Transportation Security Administration (TSA) officer at Ronald Reagan Washington National Airport (DCA) prevented an Alexandria, Va., resident from bringing his loaded handgun onto his flight this morning, July 25. It was the 16th gun detected by TSA officers at the airport so far this year.” [Press Release]

Brittany O’Grady’s Latest Project — From actress and Arlington native Brittany O’Grady: “I’m filming an Amazon show called The Consultant, with Nat Wolff and Christoph Waltz. It’s about a man who takes over a company, and my character and others are challenged on their morality. I’m also excited to finally play women [rather than teenagers]. The storylines get deeper.” [Northern Virginia Magazine]

A Spring and Arlington’s Oldest Home — “This land was originally patented by Thomas Owsley in 1696 with the caveat that he had to build a house on the land within a year or forfeit rights to the land. It’s believed that Owsley built the stone house that sits at Dawson Terrace Recreation Center, one street west of the Spring Site. If true, it is the oldest house in Arlington County…  The spring is located inside a spring house at the bottom of a stone stairway at the end of North Scott Street.” [Atlas Obscura]

Joey Collins is a Broadway actor by training and an Arlington vaccine helper by heart.

After assisting the Arlington Public Health Division with distributing Covid vaccines for most of 2021, accomplished stage actor Collins is hitting the road this year as part of the Broadway touring company of “To Kill A Mockingbird.”

He’s playing the villain Bob Ewell in the iconic story. It’s a life-altering role, one that he’s ready for after spending close to a year helping Arlingtonians get vaccinated.

“One of the things that I’m grateful that happened for me was working in the [vaccine] clinics,” Collins tells ARLnow. “I believe it’s the Dalai Lama that said that genuine compassion is unbiased.”

The longtime New Yorker moved to Arlington with his family, which includes a partner and two kids, in 2019 with his partner getting a job at a nonprofit here. He immediately began to look for his community, through local theaters, and acting groups. Then, the world shut down.

Collins was in a new place with few friends, not much of a network, and — like many — had little work. So, he turned to volunteering.

He first began by helping with voter protection but with vaccines becoming available in December 2020, Collins reached out to Arlington Public Health to see if the department needed help.

Public Health accepted and, with his gregarious nature, Collins was first asked to greet people as they came to the Arlington County Department of Human Services at Sequoia Plaza on Washington Blvd. Those lines were often long with many residents over the age of 75.

“You’re the first voice… and first eyes that people saw when they came,” Collins says. “I really enjoyed that.”

His acting training kicked in too, helping him to figure out how to best greet those coming for their vaccines.

“You’re always reading the other person. Sometimes that person is nervous, sometimes they are excited or grumpy,” Collins says. “I just tried to be a positive person in their life for those few minutes that I had contact with them.”

Particularly those early days, when it was older residents who were getting vaccinated, the experience was incredibly rewarding for Collins. He even gets a bit emotional talking about it, remembering that for some, he may have been the first person that they had talked to face-to-face in months.

“Sometimes they just wanted to talk and it was great,” he says. “We were hopefully giving them the opportunity to not be so isolated. My heart is full and my eyes are teary… just thinking about it.”

END_OF_DOCUMENT_TOKEN_TO_BE_REPLACED

Maybe it shouldn’t come as a surprise that there are similarities between being a judge in a courtroom and an actor on stage.

“It’s all really about trying to understand that all human beings are complex,” Judge William T. Newman, Jr. tells ARLnow. “They are not all good and they are not all bad.”

Newman is a judge, an actor, and one half of a legit Washington power couple. He’s the long-time Chief Judge of Arlington County Circuit Court who’s presided over some of Arlington’s most well-known cases — as well as a veteran stage actor who’s appeared in several local productions over the years. In his dual roles, he’s known for his authoritativeness, clarity, and booming voice.

But this month the multifaceted Newman is doing something he’s never done before: starring in a one-man show.

The judge is portraying the legendary playwright August Wilson in the autobiographical How I Learned What I Learned. Produced by Arlington’s Avant Bard Theatre and staged at Gunston Arts Center, performances will be running through Dec. 19.

“It’s quite a challenge,” Newman says about being the solo performer on stage. “It’s you just there. It’s the raw essence of who you are up there.”

He notes the difficulty in holding the audience’s attention, avoiding becoming one-dimensional, and being able to shift tone on a dime.

“It’s trying to set different levels. Some of it is funny, some of it is sad,” he says. “You have to be ready to do the next thing, which may be totally the opposite.”

How I Learned What I Learned, published shortly before Wilson’s death in 2005, is an autobiographical look into the writer’s life and what it meant to be a Black artist in the 20th century. Wilson wrote the lead role for himself, which provides another unique challenge for Newman.

“August wasn’t an actor. He was a writer. So, in a sense, it’s trying to do this without overdoing it,” he says. “He’s a story teller and I’m trying to tell his story.”

Despite much of the play taking place in the mid-20th century, there’s plenty in the material that remains very relevant today. Citing the Black Lives Matter movement and last year’s protests over the killing of George Floyd, Newman calls Wilson’s work “prophetic” in that it deals with inequality and the country’s inability to cope with its history.

“August was really talking about how we need to come together as a community, as both Black and white,” he says. “To look at each other and not be as wary of each other.”

Newman notes that he completely agrees with Wilson’s assessment that we are “victims of our history.”

This isn’t Newman’s first show with the three-decade-old Avant Bard Theater (it was previously known as the Washington Shakespeare Company). In 2017, he starred as Oedipus in the theater’s production of The Gospel at Colonus.

This is his first time back on stage in about two years, however. Like it is for many local performing arts organizations, this holiday season is a greatly-anticipated return to performing in front of live audiences.

While Newman is very much looking forward to it, he admits he forgot how much it can take out of him both in terms of time, focus, and energy. Acting is about bringing life experiences to a role, he says, which can be exhausting.

For Newman, some of those life experiences come from the courtroom, where he hears cases and listens to people profess their innocence all day long. He says his acting and engaging in the arts brings “a sense of humanity” to his day job.

In Wilson’s writings, there are plenty of “shady” characters, but Newman knows those characters come from real life.

How I Learned What I Learned runs Thursdays through Sundays, from Dec. 1-19 at Gunston Arts Center, Theatre Two (2700 S. Lang Street). This article was funded by the ARLnow Press Club and first appeared in Saturday’s club newsletter. 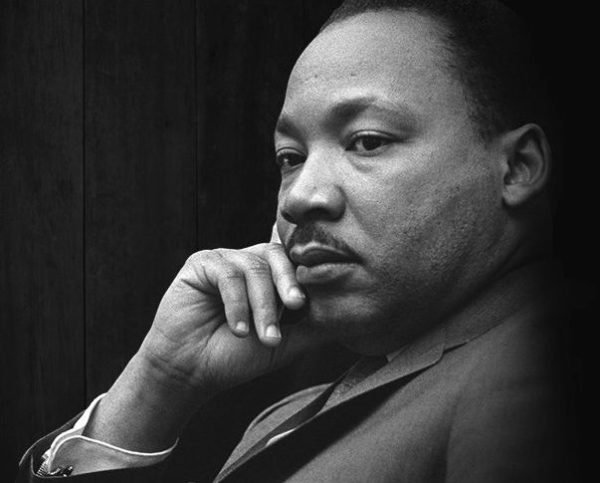 Arlington will celebrate the life and legacy of Martin Luther King, Jr. with a free annual event featuring local performers this Sunday (Jan 20).

“Supernatural” actor Christian Keyes is set to host Arlington’s MLK Tribute, which is now in its 50th year. The event will run from 5-6:30 p.m. at Wakefield High School.

Community members and county staff created the annual tribute one year after King’s assassination in 1968 as a way to bring the community together around King’s vision for social equality.

“Arlington’s beloved MLK tribute event is a joyful celebration of Dr. King and his powerful advocacy for social and economic justice, non-violence and empowerment that continues to serve as a beacon for our nation more than a half-century after his assassination,” Arlington County Board Chair Christian Dorsey said in a press release.

Guests will be seated on a first-come, first-served basis, and overflow space with a live stream of the program will be available if the auditorium reaches capacity. Anyone attending is encouraged to bring non-perishable goods to donate to Arlington Food Assistance Center.

A Washington-Lee High School graduate is one of the main characters on the new Fox television series Star.

The series, a musical drama co-created by Lee Daniels, premieres on Wednesday, Dec. 14. Among the show’s stars are Brittany O’Grady, in the role of the title character’s sister.

O’Grady graduated from W-L in 2013 but has been performing and modeling professionally since the age of 4, 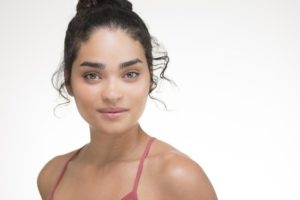 Up until now O’Grady’s most prominent TV appearance was a guest role on the ABC show Trophy Wife. She has also been active in the local theater scene, performing at Arlington’s Signature Theatre, Synetic Theater and Encore Stage & Studio, as well as D.C. venues like the Kennedy Center, Ford’s Theatre and even the White House.

“I was always encouraged to pursue my dreams because I’ve worked all my life to achieve them,” O’Grady said in an interview published on the Encore Stage & Studio website.

She gave the following advice to aspiring young actors: “Never EVER give up. No matter how discouraged you get and how many times you get rejected. Work hard, train hard, and know your stuff. If you are always working on improving yourself, you will get better. You will become the versatile actor you want to be. The roles will come with time.”

The Dec. 14 premiere of Star is billed as a “special early preview.” The series will air in its regular timeslot on Wednesday, Jan. 4.

A variety of volunteer opportunities exist throughout the county, but a few might be considered plain fun instead of work. One of them involves being an actor and another involves gardening. Check out the details below. More information about these opportunities and others can be found on the Volunteer Arlington website.