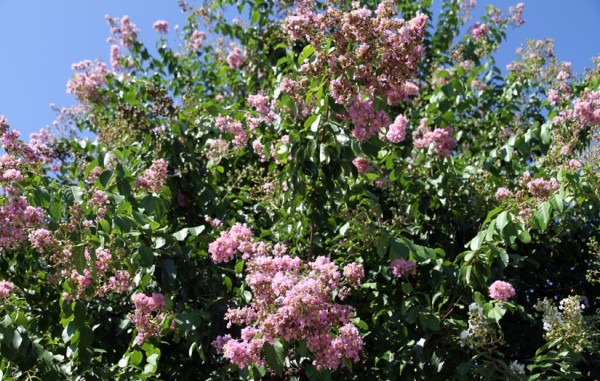 Illegal Gambling Bust — This morning the Northern Virginia Regional Gang Task Force will announce that it has made multiple arrests and taken down a gang-related illegal gambling operation after a months-long investigation. Arlington County was one of the police agencies that aided the task force by assisting with the investigation and executing warrants, according to a spokesperson.

An Outsider’s View of Seven Corners — To anyone who has driven far enough west on Wilson Boulevard, Arlington Boulevard or Route 7, an anecdote in this article, written by a recent Arlington transplant, will ring true. [The New Atlantis] 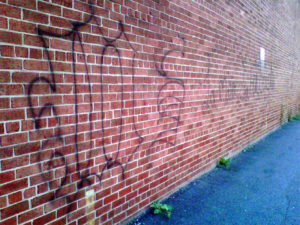 Notorious Salvadorian street gang MS-13 is active in Northern Virginia, which is easy to forget in the low crime environs of Arlington County. But for anyone who has walked past the old DHL warehouse between Eads and Fern Streets in Pentagon City recently, the gang’s presence has been on dispay.

This graffiti — with the words “La Mara Salvatrucha” and the number 13 — was scrawled on the side of the brick warehouse, near a heavily-traveled path that Metro commuters take to get to the eastern end of Pentagon City.

A police report was just taken and building management is now working to clean up the graffiti.

It had been there for at least a week.