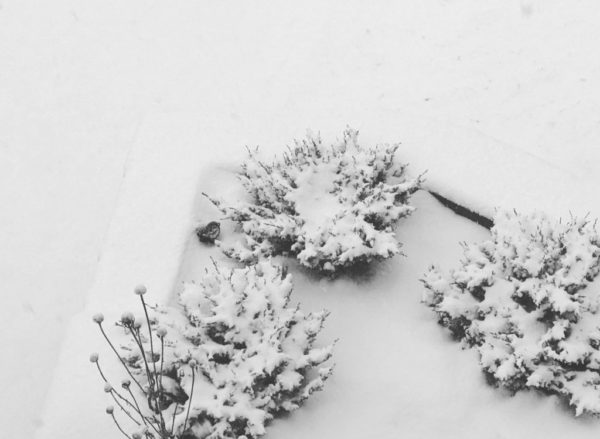 Board Member Wants Lower School Costs — “In remarks to a local service organization, Matt de Ferranti telegraphed the likelihood that Arlington property owners would see a higher real-estate-tax rate this year, in part to pay for higher school costs. But at the same time, he said the days of gold-plated school facilities must come to an end.” [InsideNova]

AWLA Calls for More Pet Foster Families — “We need your help! Our kennels are full and we are in URGENT need of foster homes for medium-large adult dogs and kittens undergoing treatment for ringworm.” [Facebook]

Falls Church Becoming ‘Un-boring’ — The sleepy City of Falls Church is attracting younger residents amid a development boom, cheered on in an editorial by the little city’s newspaper. [Falls Church News-Press]

Signs posted at Kapnos Taverna, Pepita Cantina and Yona inform would-be diners that all three eateries have closed, as of this morning (Monday). Eater first reported that the restaurants, all located in the base of an apartment building at 4000 Wilson Blvd, shut down this weekend.

“We are closed,” a sign on Kapnos’ door reads. “Thank you for the love and support. We will miss you all.”

The Arlington eateries have faced an uncertain future ever since Isabella’s company filed for Chapter 11 bankruptcy in September, after one of the “Top Chef” star’s former managers filed a sexual harassment suit against his company.

Though Isabella settled the suit this spring, revelations about the company’s business practices damaged Isabella’s reputation tremendously. He decided to shutter some of his restaurants in D.C. and Tysons alike in the aftermath, including Graffiato, Isabella’s first restaurant in the District.

Last week, Isabella revealed in court filings that he’d shutting down his entire company, suggesting that most of his remaining restaurants would close up shop by Dec. 27. But within days of the news breaking, people living nearby told ARLnow that they heard rumors that the Ballston restaurants would be closing much sooner than that.

All three restaurants in the building, known as The View at Liberty Center, opened back in 2015. Kapnos offered Greek fare, Pepita served up Mexican food and Yona cooked up ramen and Asian small plates.

At least one eatery with a location nearby is already offering to help out employees displaced by the closures.

Attn: Employees of Mike Isabella Restaurant Concepts
We will have a walk in Hiring Open House Monday December 17 at all four of our locations : (Cleveland Park, Barracks Row, Bethesda and Arlington ) 1pm-4pm.
Management , FOH and BOH employees #makingtheholidaysgreatagain

It’s been a difficult year for retailers operating in the base of the high-rise — Taylor Gourmet also shut down its location in the building back in September. 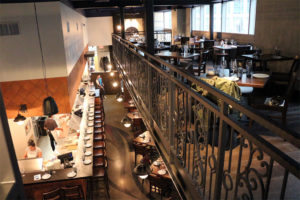 Patrons will celebrate the holiday with “spit-roasted meats, homemade spreads and flatbread, live Greek music, [and] Greek wine,” according to an event listing.

“Easter is one of the most important events on the Greek Orthodox calendar, and this year Kapnos Taverna is hosting our first annual Greek festival in honor of the holiday on Sunday, May 1,” the listing reads.

The festival starts on the Kapnos patio at noon. Tickets cost $70.

A casual ramen and Asian small plates restaurant is set to open in Ballston next week.

Yona will open for lunch from 11:30 a.m. to 3 p.m. starting next Monday. It will also serve dinner beginning the following Friday, Dec. 4.

The new restaurant is owned by former “Top Chef” contestant Mike Isabella, who also owns two other Arlington establishments, Kapnos Taverna and Pepita. All three businesses opened this year in the same building, at 4000 Wilson blvd.

Unlike his other two eateries, Isabella won’t be the brain behind the food at Yona. That job is for Chef Jonah Kim.

“Yona is going to be more than just a way for Jonah to show off his mastery of Japanese and Korean flavors,” Isabella said in a statement. “We are creating a concept unlike anything in Northern Virginia. Ramen may be a humble dish, but it’s one that pays back the care and attention to detail a great chef can put into it.”

The menu Kim created features a handful of ramen options, but it also features several small plates and raw dishes, including fluke and smoked hamachi.

Kim said he thinks these items will complement each other well and bring something unexpected to the restaurant.

“There’s something about a truly substantial, warm bowl of soup that people don’t expect from a ramen place,” Kim said. “That’s still the focal point, but I think guests will be surprised by a non-traditional approach to it, especially with the cold dishes on the menu.”

The space itself can seat approximately 50 people at both communal and private tables. It also has an open kitchen and interior and exterior decorations inspired by Japanese and Korean influences.

Kapnos Taverna was announced September 2013 and planned for summer 2014. As most openings in the local restaurant industry go, delays pushed Kapnos Taverna’s debut back significantly — Isabella said they were waiting for the building at 4000 Wilson Blvd to finish construction.

Isabella said he wants people to think beyond gyros and souvlaki when they think of Greek food.

“My goal is to tell people what Greek food is,” he told ARLnow.com while taste-testing dishes last week. “I want to show people aspects of the cuisine people aren’t aware of. There’s so much more to it than people think.”

The menu for Kapnos Taverna includes shellfish “platters” and “towers” for $75 and $125, respectively, and Isabella said the sauces and spreads are being brought over from Kapnos. The small plates range in price from $6 to $15 and tables can also order spit-roasted chickens — one of Isabella’s favorite menu items, along with the swordfish kebabs — and full lamb shoulders.

There will be a full cocktail program, four beers on tap as well as a moschofilero white wine on tap.

Two more Isabella-owned restaurants in Kapnos Taverna’s building will soon be opening. Pepita, the Mexican cantina that Isabella calls more “drink-centric” is in the pipeline for this spring. Yona, a restaurant that will specialize in ramen, won’t have Isabella behind the menu and plans to open this summer.

“We’re going to focus on these three concepts for a while,” Isabella said. “This is going to be our hub, and after opening these, we’re probably done in Arlington for a while.”