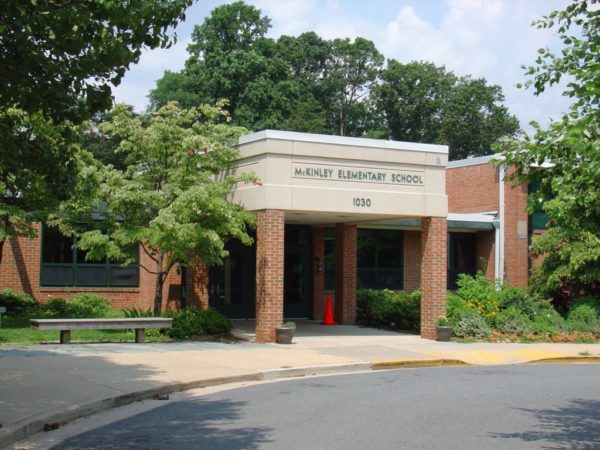 Whether picking up a child or visiting a staff member, all first-time visitors — including parents, volunteers, and contractors — must register in the district-wide Visitor Management System (VMS), according to a statement from APS. In order to register, visitors must provide an approved form of identification along with the nature of their visit.

School spokesman Frank Bellavia told ARLnow APS implemented the program “as part of our safety and security enhancements and to streamline visitor management at all schools,” and is fully covered in the Fiscal Year 2019 budget.

Accepted forms of identification include:

The initial registry includes a screening against the Commonwealth of Virginia and Federal sex offender registries.

In order to qualify for the Alternate Parent Identification, the visitor must be a parent or legal guardian listed on a student’s online information file.

“For example, an aunt who is the emergency contact for an enrolled student who is not the parent or legal guardian would not be eligible [for the Alternate Parent Identification],” wrote officials in the statement.

Once admitted, visitors must wear a temporary printed badge at all times. In order to exit the school, they must go through the same kiosk and use the barcode on their temporary identification to check out.

Two British newspapers reported on the revelations last week, focusing on the prince’s association but also mentioning Beck. The 2014 independent candidate for Virginia’s 8th Congressional district told ARLnow today that her name is being “dragged into this” despite not doing anything wrong.

The Guardian reported last week that new flight logs indicate that Andrew flew on Epstein’s private jet with Beck in 1999, around the time Beck has said she managed about $65 million of the billionaire’s investment funds for Morgan Stanley. Beck flew with Epstein on his jet multiple times in the late nineties, logs show, including with former Treasury secretary and Harvard president Larry Summers.

Women have accused Epstein of using his Boeing 727 — nicknamed the “Lolita Express” — to traffic underage girls in New York, Florida and the U.S. Virgin Islands. Investigators recently subpoenaed his personal pilots to in connection to the accusations.

Logs have shown passengers over the years included world leaders like President Trump and Bill Clinton, but have not indicated passengers took part in the crimes with which Epstein was charged. Epstein died in a Manhattan jail cell last month; his death was ruled a suicide.

Beck was also captured in a photo from 2000 shared by the Daily Mirror, which was taken at President Trump’s Mar-a-Lago Club in Palm Beach, Florida; it shows Beck smiling standing in a circle with Epstein, Andrew, and now-First Lady Melania Trump (then Melania Knauss).

“Prince Andrew has a delightful personality and is a total gentleman,” she told ARLnow in a brief phone interview Tuesday morning. “I firmly agree with the statements he has made publicly.”

Beck was listed in Epstein’s “black book” under a “Massage — Florida” heading, as reported by The Smoking Gun in 2015. The book also contained the contact information for wealthy businessmen and underage victims who said they were forced to provide naked massages for Epstein and his friends.

Beck told the Smoking Gun at the time that she had received “a couple of massages” at Epstein’s home from a masseuse, but had never given any herself or spotted underage girls.

“I’m just sorry that I got dragged into all this,” Beck told ARLnow today of her association with Epstein, adding that she was “at a lack of words.”

In addition to being a VIP at his home and on his private jet, Beck was also the first candidate to accept political contributions from Epstein — as reported by ARLnow in 2015 — after he was forced to register as a sex offender in 2008 for soliciting sex from a minor.

Epstein donated a total of $12,600 to help Beck’s 2014 campaign. The money made up about half of her eventual warchest against incumbent Rep. Don Beyer who won the November general election that year with 63% of the vote compared to Beck’s 2.7% of the vote.

“I thought that Jeffrey was healed, I don’t know,” Beck told ARLnow today.

END_OF_DOCUMENT_TOKEN_TO_BE_REPLACED 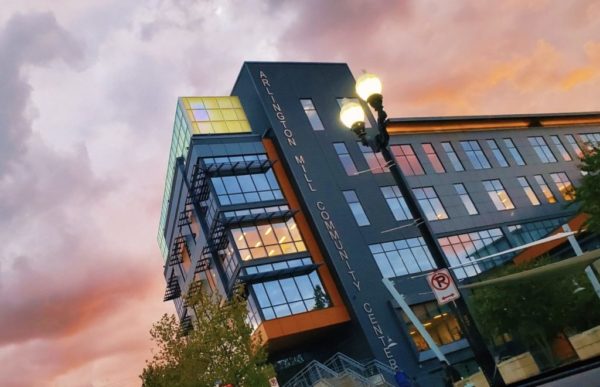 Arlington Companies in Inc. 5000 — “Inc. Magazine named 34 Arlington companies to its annual list of the nation’s 5,000 fastest-growing companies, the Inc. 5000, while five were part of the exclusive Inc. 500.” [Arlington Economic Development, InsideNova]

Predator or Victim of Injustice? — “On Monday, the Circuit Court in liberal Arlington County will be the scene of a heavy-handed morality play, with prosecutors seeking lifelong incarceration for a young gay man who has already paid an extraordinary price for youthful, nonviolent sexual indiscretions.” [Washington Post]

DCA Construction Update — “Floor framing is underway on a new concourse to replace #Gate35X that will offer new shopping and dining choices and 14 gates with direct jetbridge access to your flight.” [Twitter]

Profile: HQ2’s People Person — “Despite being head of workforce development for Amazon.com Inc.’s second headquarters, Ardine Williams has yet to sit in on an interview with any potential HQ2 employees. While Amazon plans to have 400 workers in its Arlington offices by the end of this year, Williams appears much more focused on the 25,000 it looks to hire in the next decade.” [Washington Business Journal] 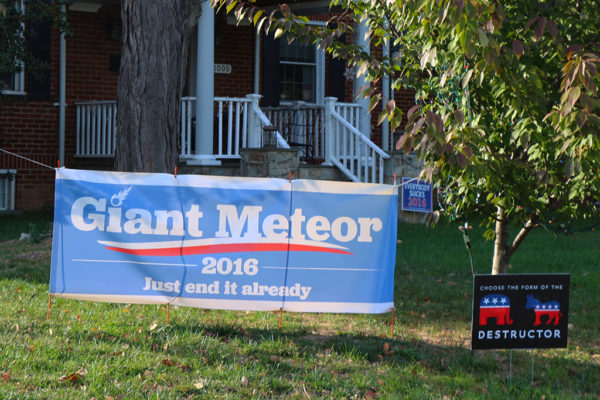 Garvey Wants to Nix New Year’s Day Meeting — Arlington County Board Chair Libby Garvey has proposed moving the Board’s traditional New Year’s Day meeting (this year it would otherwise be held on Jan. 2, the federal observance of the New Year holiday) to the next business day: Tuesday, Jan. 3. [Washington Post]

Neighbors Upset About Sex Offender’s Halloween Decorations — A 57-year-old registered sex offender says he did nothing wrong in putting up Halloween decorations in front of his Arlington house. But nearby residents don’t agree: they called the police and local TV stations, saying the display is “inappropriate” since it might “entice” children. One concerned resident said, “we are within our rights as taxpayers and longtime members of this community to protect the children in our community.” [Fox 5]

Higher Meal Tax Possible? — If state lawmakers act to provide counties with the same taxing powers as Virginia cities, as Arlington County is asking for again this year, it could eventually mean an increase in the meals tax at local restaurants. [InsideNova]

It’s November — Today is the first day of November. In a week, it’s finally Election Day. In three weeks and two days, it’s Thanksgiving. The weather forecast for the next two days, however: highs of 75 and 79 on Wednesday and Thursday. 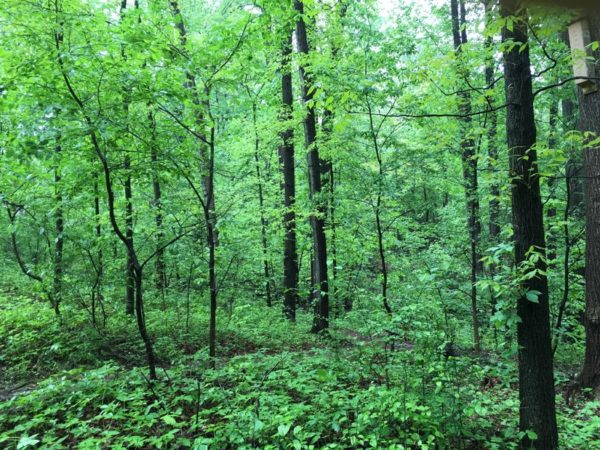 County Board Contenders Debate — The two Democratic contenders for Arlington County Board, incumbent Libby Garvey and challenger Erik Gutshall, debated who would be the most transparent and the best agent of change last night. Gutshall criticized Garvey for the lack of action on new transit options for Columbia Pike and for supporting the creation of a “blue ribbon panel” to study county priorities. [InsideNova, Washington Post]

Residents Concerned About Sex Offender — Some residents in the Bluemont neighborhood and the area around Bon Air Park are concerned about a registered sex offender who recently moved to the area. There have been reports of the man watching children’s soccer games and leaving balloons in the backyard of a family home. Police say they’re investigating. [Fox 5]

Vornado Attracting Millennials With Cool Restaurants — “Vornado has carefully curated its retail in Crystal City and Pentagon City to appeal to creative Millennials, bringing in tenants like DIY design and fabrication space TechShop and hip restaurants like We The Pizza, Sweetgreen and Taylor Gourmet, which just opened Monday. That’s not to mention the Whole Foods anchoring the retail section of Vornado’s The Bartlett, a trendy ‘city within a city’ with nearly 700 residential units.” [Bisnow]

Chinese News Agency Profiles Arlington’s Tech Scene — Xinhua, the state-run news agency that’s said to be the largest and most influential media organization in China, has published a feature story that discusses how Arlington has become a “hot spot for tech startups.” The story notes that in addition to a robust talent pool and the availability of investment capital, “government has also played a vital role in the development of startups in Arlington.” [Xinhua]

State Sen. Janet Howell (D), who represents parts of Arlington, has proposed a bill to exclude the name and address of registered sex offenders’ employers from the publicly available registry system.

The proposed bill would amend a section of the Sex Offender and Crimes Against Minors Registry Act that deals with sharing registry information via the internet.

Howell’s bill would remove employer information from the part of the online system that’s available to the public.

Convicted sex offenders often have difficulty getting a job after being listed on the sex offender registry. Removing employer information would eliminate at least one disincentive from hiring a sex offender who has already served their time.

This is not the first time in the last five years such a bill has been proposed to the state legislature. Two previous bills also attempted to stop publishing employer information on the public online system. In 2010, the bill passed in the state Senate but was tabled in a House committee. It had less success in 2012, tabled again in a House committee without Senate consideration.

Howell didn’t introduce either of those bills, and could not be reached for comment on this year’s proposal. However, fellow local legislator Del. Patrick Hope (D-Arlington) was one of the House members who proposed the bill in 2012.

In addition to their employer’s name and address, an offender’s name, age, current address, photograph and a description of the offense they committed with the date they were convicted are available to the public via the online registry system, which is maintained by the State Police.

Virginia’s 2016 General Assembly legislative session is scheduled to last for 60 days, beginning on Jan. 13 and ending on March 12. 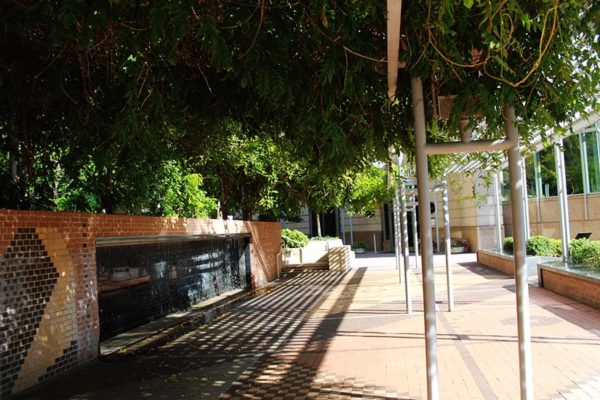 $23 Million House Up for Auction — Its address might say McLean, but a $23 million house that’s now up for auction on Chain Bridge Road is technically located in Arlington. The house, once featured on the MTV show “Teen Cribs,” will be auctioned off at the Arlington County Courthouse on Sept. 27 after its owner went into foreclosure. [Curbed, Tranzon Auction]

School Bus Stop Next to Sex Offender’s House — A local mom is lobbying Arlington Public Schools to get her middle-school-aged daughter’s bus stop moved, after finding out that the stop is located near a convicted child sex offender’s house. [WUSA 9]

APS Not Formulating New School Names, Yet — Arlington Public Schools say the process for naming two new elementary schools expected to be built over the next couple of years will start when the schools’ boundaries have been decided. At that point, a committee of parents, teachers, staff and residents will be formed to recommend a name. If the school is to be named after a person, that person must have been dead for at least five years. [Sun Gazette]

Lacrosse Team Selling Mulch — As part of a fundraiser, the Yorktown boys lacrosse team is selling hardwood mulch for delivery. The mulch, which is $4.95 for a 3 cubic foot bag (minimum 10 bags) will be delivered by on Saturday, Oct. 13. The deadline for ordering is Oct. 2. [YHS Patriot Lacrosse]

Arlington has one of the lowest rates of sex offenders per capita in the region, according to local sex offender registries.

Arlington County has 70 resident sex offenders registered with Virginia State Police. When compared to the county’s population (approximately 210,000), that means that Arlington has one sex offender for every 3,000 residents. Compared to a selection of other local jurisdictions, that’s the lowest rate in the area.