A kitchen trailer in Clarendon that popped up last summer in a vacant lot has since been joined by two others.

And now they’re producing meals from more than a half-dozen “ghost kitchens” available on food delivery platforms such as DoorDash and Grubhub. Out of these kitchens come fried chicken sandwiches, asada fries and Asian street food, among other dishes.

The three trailers between the Clarendon Whole Foods and the PNC Bank are owned by REEF Technology, a company focused on turning underutilized, urban parking lots into food and logistics hubs. The food service arm of Reef is called NBRHD Kitchens.

In total, according to signage on the property, these three trailers produce meals for seven restaurant concepts. They’ll be bringing activity the vacant lot while Arlington County embarks on a special study to determine if the zoning codes for the property, near the border of the Clarendon and Courthouse neighborhoods, should allow for a new apartment building.

The company also has two kitchen hubs in D.C. — at P Street NW and K Street NE — and each can support between four and six brands. But REEF did hint at possible expansion.

“As Arlington continues to be a great performing location, REEF continues to look at opportunities to grow its footprint in terms of delivery restaurants and other business verticals,” REEF said.

REEF’s growth and expansion mirrors the trends that the food delivery platforms DoorDash and Grubhub tell ARLnow they’re observing. Spokespeople for the companies said delivery-only kitchens have proliferated particularly in the last year in response to pandemic challenges and the rising costs of establishing a physical location.

“Delivery-only virtual (or ghost) kitchens on Grubhub have been a rising trend over the last year, representing a flexible way for restaurant owners to experiment with new menu concepts, brand a subset of existing menu items, or capture unmet customer demand without adding overhead,” a Grubhub spokeswoman said.

DoorDash doesn’t collect data on the breakdown between delivery-only restaurants and those with storefronts, but the pandemic blurred that line anyway, as traditional dining establishments turned to different models to keep operating when dine-in wasn’t an option.

“For many restaurant owners, ghost kitchens provide a more cost-effective way to expand their business — reaching new markets and customers — because they don’t involve the typical overhead costs associated with opening a new restaurant,” said Emily Tung, the director of DoorDash Kitchens. “Many independent businesses have been successful in their ghost kitchen endeavors and our goal is to support our partners across all their locations and help accelerate their online success.”

But the ghost kitchen activity at this location is destined to be temporary, as the company that owns the lot aims to redevelop it.

Dubbed Courthouse West, the lot at 2636 Wilson Blvd is bounded by N. Danville Street, Clarendon Blvd, N. Cleveland Street and Wilson Blvd. The property’s owner, CRC Companies, has asked the county to change the land-use designation — which currently allows for one- to four-story buildings — to one that allows for hotels or taller apartments.

END_OF_DOCUMENT_TOKEN_TO_BE_REPLACED 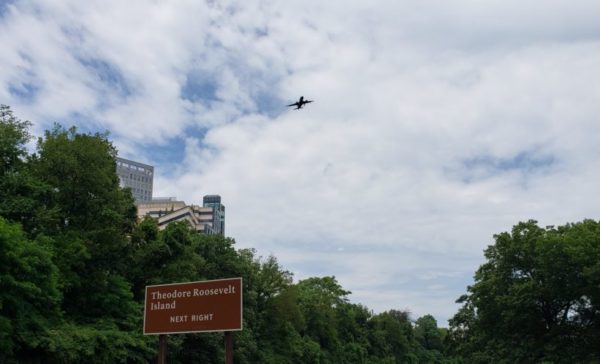 Flooded Scooters Removed from Service — “Bird, Jump, and Lime, three of the city’s five operators, told The Verge that their employees were actively engaged in removing scooters from the flooded areas.” [The Verge]

ACPD Crime Map Goes Down — “ACPD is aware of system issues with the Online Community Crime Map and is working with the third-party vendor, LexisNexis, to resolve the issue. If you are looking for information regarding crime in your neighborhood, please view the Daily Crime Report.” [Twitter]

Trailers to Take Out Tree — “In a community where the destruction of even a single tree can mobilize residents, there may be another skirmish in the offing on July 13. That’s the date that Arlington County Board members will be asked to approve the placement of new portable (‘relocatable’) classrooms on the campus Arlington Traditional School, designed to ease overcrowding.” [InsideNova] 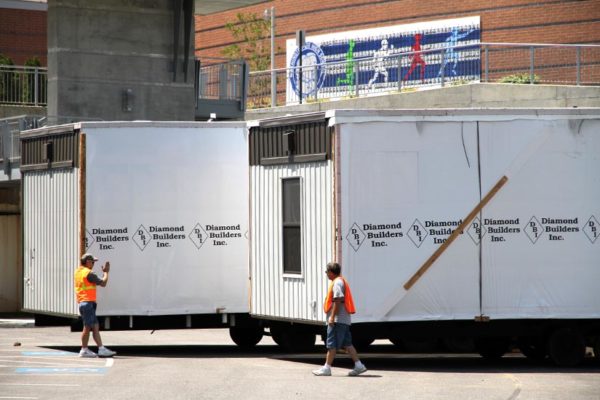 The Arlington County Board has approved zoning changes to make it easier for county schools to add temporary trailers to school grounds.

After a brief discussion, Board members voted unanimously on Saturday (June 15) to allow Arlington Public Schools administrators to add so-called “relocatable structures” to schools without needing to go through the county’s lengthy use permit amendment process.

The approved proposal also exempted the structures from density calculations that affect things like minimum parking requirements. The new zoning regulations would subject structures to inspection every three years and would also forbid the structures from being parked on or within 15 feet of an athletic field.

The proposal includes trailers used for classrooms as well as other purposes, like cafeterias.

APS has long used trailers as a temporary fix to address overcrowding in schools, where they’ve sometimes been criticized by parents for taking up valued green space and playground space. The school system has struggled to keep up with rising enrollment, despite continued school construction and renovations.

“We are at this place for a variety of reasons” said Board Chair Christian Dorsey. “We haven’t really added significant excess capacity to those [school construction] projects for reasons, I guess, primary to being fiscally responsible.”

Board Member Libby Garvey said she supported eschewing the use permit process, which requires County Board approval, because it was too onerous on schools and “time spent doing that could be better spent planning and figuring out a better solution” to overcrowding issues. Now, schools will go through an administrative process with county staff in order to get new trailers approved.

John Chadwick, assistant superintendent in charge of facilities and operations, said schools often don’t know next year’s capacity needs until April, meaning they have to “scramble” to arrange trailers in time for the new school year in September.

“They need their recreation space and we’re very careful about maintaining it as much as we can,” replied Chadwick.

The official also noted APS tries to locate the trailers on paved surfaces to prevent having to install stormwater runoff systems.

Currently, staff said APS uses 132 trailers across 25 schools, with Williamsburg Middle School having the highest number of trailers (11) of any individual school.