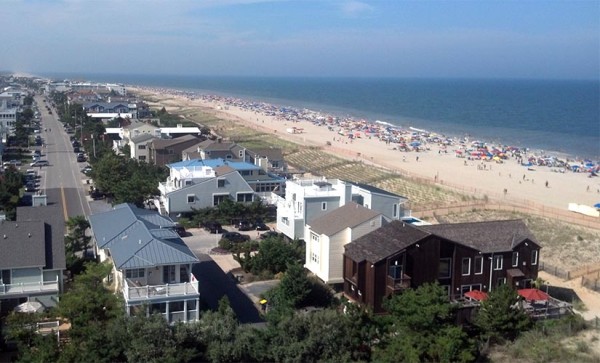 The unofficial end to summer is almost here. Not the calendar season, mind you, but the fun part of summer where schools are out, pools are open and vacations are taken.

Some Arlingtonians maximize their summer fun by taking long vacations abroad, to the beach or to visit family. Others keep their nose to the grindstone and take some vacation days here and there.

Just how much vacation did Arlington residents take between Memorial Day and Labor Day? Let’s find out.

Imagine filling in an online questionnaire, paying a fee and having someone else plan a surprise vacation for you, from the destination to the activities you will do once there.

The Vacation Hunt offers just that, founded by two residents near Columbia Pike about two months ago. Co-founder Roshni Agarwal said it was inspired by their love of travel, which she does a lot with husband and co-founder Jeff Allen.

“People are always commenting, ‘How do you decide where to go? How do you have time to plan everything?'” Agarwal said. “Our response is always that we just go. We see an open weekend, and we say we’ll just go somewhere. It doesn’t really matter where, we just go.”

Then, a questionnaire gives customers options of the kind of vacation they are looking for — a city break, beach vacation or adventure holiday, for example — and they can list anywhere they have already been or are already planning to go to. Would-be vacationers also specify which airport they would prefer to fly out of.

With that form filled out and money paid, customers have the option of receiving clues about their destination either via social media, email or text message, to build the anticipation. Then a week before departure date, a full itinerary is sent out with travel and accommodation details as well as activities.

The company also offers separate trip planning for those with their destination already in mind, helping create an itinerary based on customers’ budgets.

Agarwal said having the vacation be something of a surprise is to try and inject an element of fun into the planning process.

“When you’re older, everything is kind of planned for you, at least that’s been my thing,” she said. “You have your life goals and whatever, and whenever you do have surprises, they’re not good. You never get a good surprise as an adult, or at least I have yet to. I wanted to do something that would be fun and bring back that joy of being young again.”

Already, Agarwal said, The Vacation Hunt has planned a variety of surprise trips, including its first group outing as it sent 20 people to Seattle for a surprise party. Agarwal said it has gained a following in Dallas, where the pair lived before moving to Arlington, and that now its focus is on growing its stature in the D.C. region.

The company has also been approached to help engaged couples plan their honeymoons, a market Agarwal said they might look to expand in the future.

“We’ve also been asked to do two honeymoons, so we might try to expand more into the honeymoon area, because you’re already under the stress of wedding planning, it’s one less thing to do, which we hadn’t really thought of when we started this,” she said.

It’s been barely a year of business for the Arlington-based family tour firm TripUSAFrance, but in that time, dozens of travelers have experienced the South of France with Julia Girard-Gervois and her Montpellier-based father Stephane, and the rave reviews are pouring in.

“I loved eating at places frequented by the locals and the picnic lunch catered by Julia’s mom at the beach was beautiful and delicious,” said Katie L. “We saw so much — from walled cities to Medieval castles to rides on Montpellier’s trolleys. Much better than fighting tourists in Paris!”

“We have traveled extensively throughout Europe and France, but had never been to Montpellier and its environs,” said Tim S. “TripUsaFrance put together a wonderful tour of Medieval cities, castles, cathedrals and country sides. Of particular note were the sound and light show of Chagall paintings and the cooking school. And hosts Julia and Stephane couldn’t have been nicer.  They went out of their way to make sure everyone in our group — ages 35 to 92 — had a great time.”

The common theme to these comments is the personal touch Julia brings to each adventure. It’s part of the company’s purpose.

With the motto “Travel like a local,” TripUSAFrance crafts culturally interactive tours so you can actually experience the culture, not just see it.

“We want the travelers to experience France like a local would by sharing our culture and traditions, showing them our secret spots, teaching them our language and habits, introducing them to as many local French people as possible such as the owner of the hotel, friends, and neighbors. When these locals recognize our travelers and say hello to them it makes them feel like they are part of the community and even more welcome. This is only possible because we are a small group, no more than 14 people, and because they are staying in the same hotel and city for a week, which we consider more like a village. This is what makes our tour unique and special,” Julia said.

Upon arrival, Julia and Stephane drive you to your beautifully renovated beach hotel, just steps away from the Mediterranean Sea. Each morning you are treated to a French Breakfast at the hotel before they pick you up for the day’s activities. With most of the sites within 1 hour of driving and departure times around 9:00am every day, you get plenty of rest and still have enough time to see everything on the tour without feeling rushed.

Inclusive pricing provides you with daily breakfast, lunch and snacks, three dinners, local transportation and accommodations, admission to wine tastings and other activities.

According to clients, highlights include homemade picnics of regional dishes, learning to play Petanque, interacting with locals, attending cooking classes, wine-tastings, learning French, and, said Julia, “simply realizing that we are becoming friends by the end of the week.”

Julia and Stephane’s tour is a perfect combination of historical sites and experiencing the French lifestyle with two passionate local tour guides. No lines, no tourist traps, no hassle. It is a one-of-a-kind insider tour of Southern France that those who partake in the journey will never forget.

Act fast and book before Dec 31, 2016 to save $300 off the regular tour price with their early bird discount!

To learn more about the tour and book a trip, check out www.TripUSAFrance.com. For more information call 703-485-6894 or email Julia at [email protected] 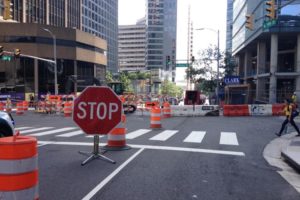 August is a slow month in the D.C. area.

Congress is out of session. People are fleeing the area left and right to get their vacations in before the summer ends. This year, many media and political types are on the campaign trail. Heck, traffic becomes somewhat bearable and even the Arlington County Board gets a break for the month.

On ARLnow.com, we haven’t run out of local stories to cover — in fact, this is shaping up to be our highest-traffic August yet — but there’s no denying that the pace of news coverage drags big time compared to a busier month like April or October.

The most oft-cited reason for why August is slow is that people are out of town. Anecdotal evidence — the number of people who we email only to get those automatic “Out of Office” auto-replies — seems to support this. But we wanted to check to see just how many people are fleeing Arlington this month and for how long.

So… unless you’re on military or foreign service duty, or any other long-term absence, how many days will you be out of town in August?

Kids are getting ready to go back to school and the Redskins just played a preseason football game. That can only mean one thing: summer is starting to wind down.

Labor Day may be only three weeks away, but don’t fret yet: the 10-day forecast is currently calling for six 90 degree days.

In the interest warm and sunny thoughts, let’s take a moment to reflect on where Arlington residents went (or are going) to the beach this summer. Which of the following popular beach destinations were on your travel agenda this summer?