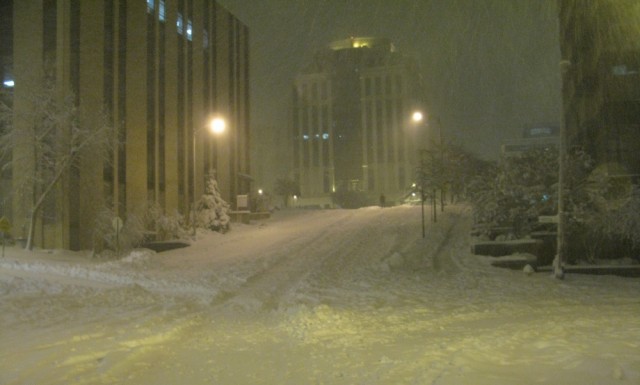 There was a festive atmosphere among those hardy or crazy enough to brave the elements in Courthouse and Clarendon last night. There were people making snow angels in the middle of Wilson Boulevard, people sledding down N. 13th Street, a mother and her young son making a snowman outside an office building at 1:00 AM, and, of course, lots of random shouting and general revelry in the streets.

A number of the popular bars that stayed open, including Whitlow’s and Four Courts, were packed with people. Those leaving the bars seemed especially susceptible to the allure of starting snowball fights.

All of this partying was set against a stunningly beautiful backdrop. With snow largely undisturbed in the side streets, urban-dwellers got a rare chance to marvel at a winter wonderland uninterrupted by stretches of slushy asphalt.

The wet snow clung to tree branches to a degree that the powdery snow of December’s Snowpocalypse could not match. There seemed to be a museum-worthy photo around every corner. After the jump are some of those scenes from last night. 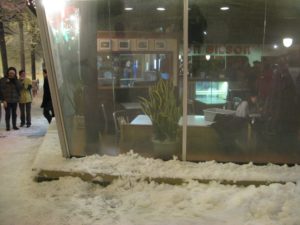 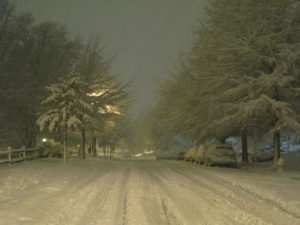 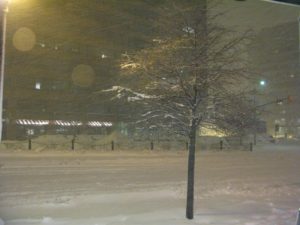 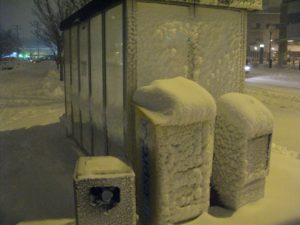 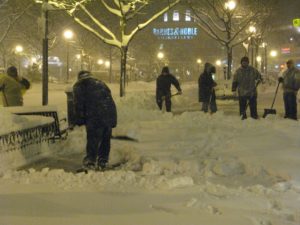 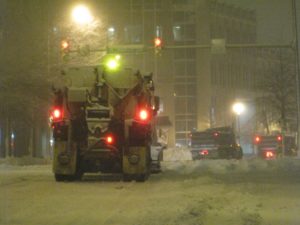 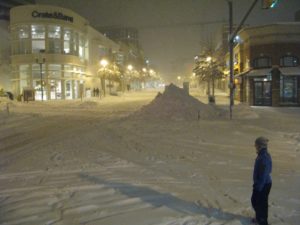 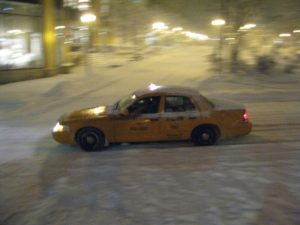 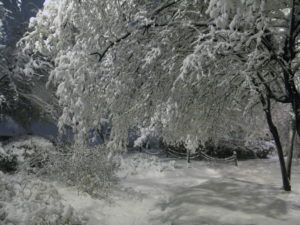 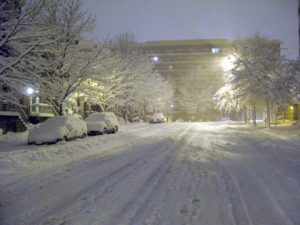