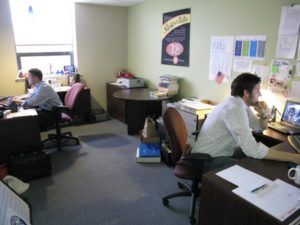 In a small, quiet office, in an old, nondescript building on Wilson Boulevard, you’ll find the people behind one of the hottest start-up restaurant chains in the country.

Locals may know Elevation Burger for their strip mall storefronts on Lee Highway in Arlington and Falls Church. But the restaurant industry knows Elevation Burger as  #56 on last year’s annual FastCasual.com Top 100 list of movers and shakers.

The nascent chain has seven restaurants open right now and expects to open more than 100 restaurants from LA to NYC to Kuwait by 2013. A Rosslyn location is also in the works, and a Ballston location may not be too far behind. The company hopes to open a few dozen stores in the D.C. area in coming years.

Elevation Burger was founded by Arlington resident Hans Hess, who also owns the EnviroCab taxi service. Hess and his wife April opened the first Elevation Burger in Falls Church in 2005. The company started franchising in 2008 with the help of Dan Rowe, who helped turn Five Guys Burgers (founded in Arlington, now based in Lorton) into a national chain. 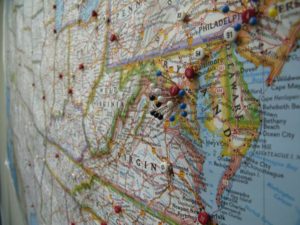 Elevation is an ultra-environmentally-friendly twist on the burger-and-fries concept: the stores are constructed with sustainable materials, the french fry oil is donated for conversion to bio-diesel, trash is recycled and carbon offset credits are purchased.

The main thing separating Elevation from just about every other burger joint, however, is the beef. Elevation’s burgers are made with organic, grass-fed, free-range beef. The company argues — convincingly — that it makes for a better-tasting and lower-calorie burger when compared with the corn-fed, industrial beef used just about everywhere else.

“There are a lot of options out there for burgers… but we’re able to offer a product at a competitive price that’s not even comparable in terms of quality,” says Chris Lambert, a partner in the company.

Elevation Burger’s “Ingredients Matter” philosophy extends through the entire product line. The cheeseburgers are made with real cheddar. The fresh-cut french fries are made with olive oil, which packs an extra flavor punch. And the shakes and malts are so good, one store manager says, that they occasionally outsell fountain drinks.

The company is preparing to move its offices for the third time in as many years, into a larger space across the street at 2000 Clarendon Boulevard, in Courthouse. It’s another generic, understated office building, but somehow fitting for a company whose CEO bikes to work, which eschews the pool-tables-and-doorway-basketball-hoops start-up culture, and which formerly called an employee’s house and a cab company’s spare rooms home.

The company, incorporated as Elevation Franchise Ventures LLC, currently has eight employees. They plan to hire two real estate specialists soon, and expect to further expand the staff next year.

As the company grows, Michael Berger, another partner in the company, says they plan to become more active and visible in the community. And they are holding firm to their “three-point bottom line” — people, profit and planet.

“The concept has soul,” Lambert said. 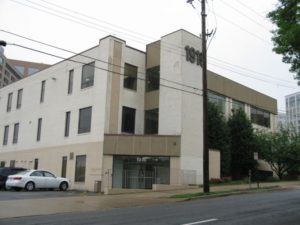 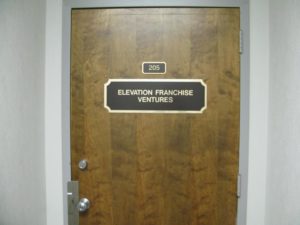 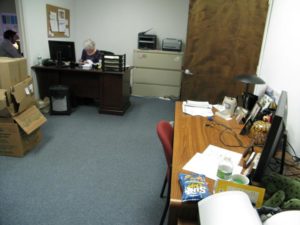 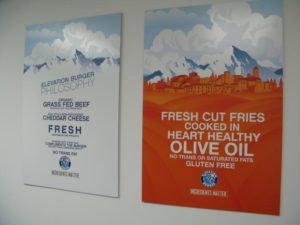 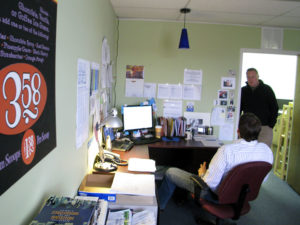 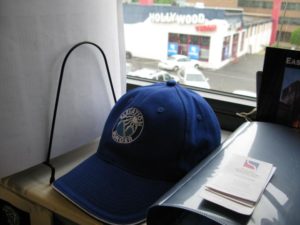 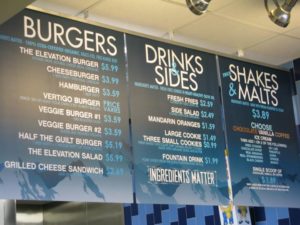 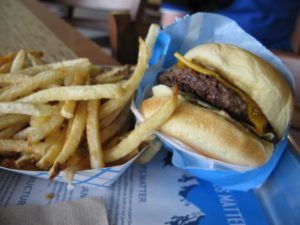