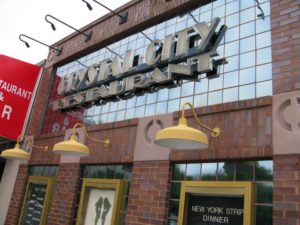 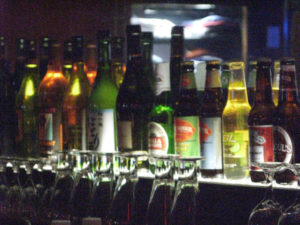 “We all think it’s an antiquated, crazy law,” Bayne said. “We know that we’re losing business because of it, we know that people are perfectly capable of getting drunk on beer or wine or champagne.”

“The only thing [the law] doing is taking customers we would have and distributing them” to clubs in D.C. and other, more lenient jurisdictions.

Virginia has some of the country’s strictest laws governing strip clubs. Performers must wear bottoms and pasties at all times, and lap dances are prohibited.

Those restrictions may seem like an anathema to a club owner whose business is based around women showing skin, but Bayne said he’s much more concerned about customers not being able to order their favorite cocktails.

In fact, Bayne says he agrees with at least one part of Virginia’s stripper laws.

“My personal opinion is… the bottoms — they should be covered,” the father of three mused. “Leave something to the imagination, I don’t think there’s anything wrong with that.”

Bayne, whose kids attend Arlington Public Schools and whose businesses (including the nearby Crystal City Sports Pub) donate thousands of dollars worth of services to locals schools, sports teams and churches, says he doesn’t think adult clubs should be subject to discriminatory laws.

“I don’t want my daughter dancing here, or thinking this kind of business is okay to be in, [but] in the end… this business is a good business, it pays taxes… it’s an honest business, as long as you have good operators who aren’t into drugs” and other illegal activities.

Crystal City Restaurant, like other nightclubs, has been hurt by the economic downturn. But in yesterday’s court case Bayne sees a potential stimulus package.

Should the judges rule favorably in a few weeks, the restaurant will be ready to serve Captain and Cokes (Bayne’s favorite) as soon as the license comes in.