Hundreds of bicyclists stopped at Bike to Work Day “pit stops” in Rosslyn, Ballston and Crystal City before pedaling to work this morning. There was no denying that there were more bikes on the road than usual, as normally car-bound or transit-hopping commuters took advantage of the nice weather and the communal experience of riding into the city en masse.

In Rosslyn, vendors provided snacks, drinks, free tune-ups and assorted schwag (free BikeArlington bell, anyone?) as obligatory pump-up music blared on the speakers (“Bicycle Race” by Queen was only a slightly more obvious choice than the “Rocky” theme).

Two men, Todd and Ross, both gave up driving during the course of the one month competition. Ross went so far as selling his car, a move Todd says he plans to follow. In the end, however, Todd was named the winner.

“[Giving up my car] actually worked perfectly for me,” Todd said after delivering a short victory speech. 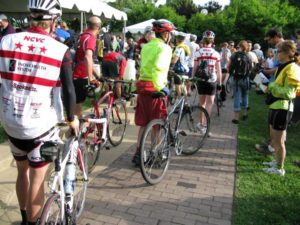 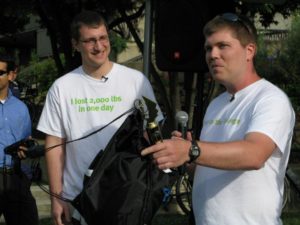 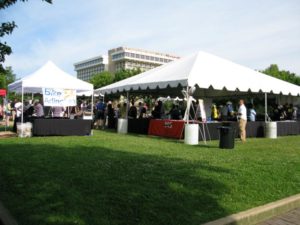 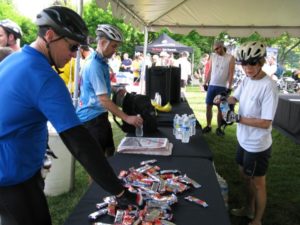