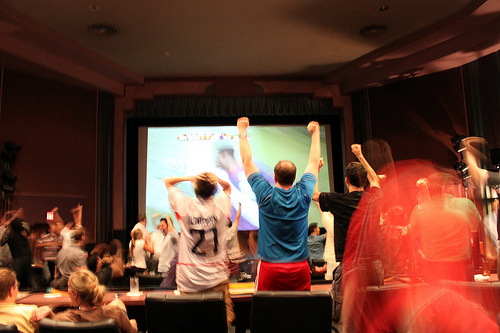 Summers Doing Big Business During World Cup — Summers Restaurant in Courthouse was so crowded during yesterday’s World Cup match between the U.S. and Algeria that the fire marshal showed up, according to NBC Washington. The 300-capacity venue was deemed 25 people over-capacity.

Zimmerman Urges State to Reconsider Metro Defunding Threat — “The state should not break the promise made to its residents and regional partners,” WMATA and Arlington County board member Chris Zimmerman wrote in an op-ed on the Washington Post’s website. Zimmerman and fellow Northern Virginia WMATA board member Catherine Hudgins say that if the state withdraws $50 million in funding, as it has threatened to do if it doesn’t get two seats on the Metro board, then a cooperative $300 million per year infrastructure improvement plan “will fall apart.”