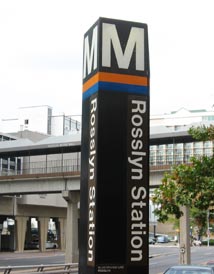 Construction on a new entrance to the Rosslyn Metro station could begin as soon as this fall. Last night the Arlington County Board approved $32.6 million in funding for the project, which will include other safety and access enhancements to the station.

The new entrance to the station will be built between North Moore Street and Lynn Street, across the street from the existing Metro entrance. The old station entrance will remain in service even after the new one is completed.

“Arlington is committed to investing in Rosslyn, an evolving commercial and cultural center and a critical transit hub for the County and the region,” County Board Chairman Jay Fisette said in a statement. “The Rosslyn Station project is an important step in a larger effort to revitalize street life in the area and make public improvements to this neighborhood.”

The improvements will be funded by a combination of federal, state and local sources.

See more information on the project from the county’s press release.