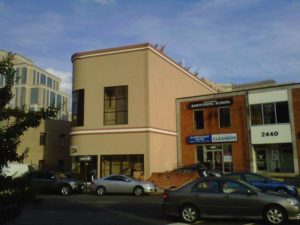 Look out, Clarendon Ballroom and Eventide Restaurant. Arlington Rooftop Bar and Grill is expected to arrive on the scene within a matter of weeks, hoping to become the go-to destination for outdoor food and drinks in the Courthouse-Clarendon area.

The restaurant, which is being built atop the Dehli Dhaba and Subway restaurants at 2424 Wilson Blvd, promises to serve classic American cuisine at moderate prices. There will be a large main dining room with high ceilings as well as a rooftop deck — that is, if the necessary permits come through. No official word on expected capacity, but the eatery’s permit application calls for 104 seats.

“Value and variety” will be the restaurant’s food credo, a rep tells ARLnow.com. In addition to a frequently-changing menu, a weekend brunch service is in the works. So far, management has been mum about the restaurant’s planned wine, beer and liquor offerings.

Construction is still underway at the restaurant, but we’re told that they’ve already hired a “great staff” that’s “ready to go.”

Management is hoping to open the doors by (Update: late September or early October). 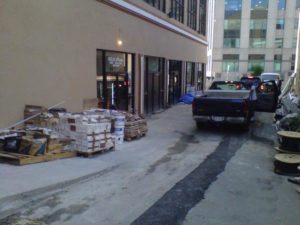 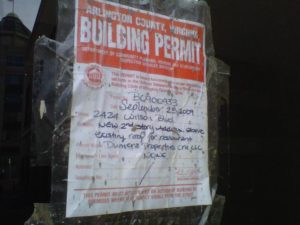