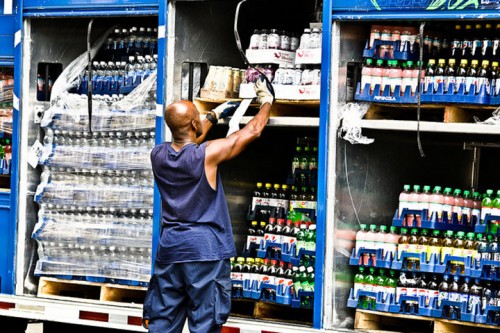 Heat It Up — Mother nature will attempt another run at triple digit temperatures today. The predicted high is 98 degrees. A Code Orange air quality alert has been issued for the region.

Mail Carrier Charged With Stealing Mail — An U.S. Postal Service employee at the Arlington Main Post Office has been charged with stealing mail. Alva Jackson is accused of swiping envelopes she thought might contain gift cards. Jackson, who worked as an Arlington mail carrier, was caught with 134 stolen pieces of mail in her house, according to charging documents. More from the Washington Examiner.

Cherrydale Condo Complex Back on Track — Construction of the Bromptons at Cherrydale condos (3800 Lee Highway) is expected to be completed by January 2011, a relief for neighbors who from 2006 to 2009 had to stare at the building’s half-finished facade. Construction stalled in 2006 when Arlington County determined the construction was of such poor quality that it temporarily shut down the project. More from TBD.

New Office Building Coming to Virginia Square — After seven years of development limbo, it appears that the Arlington Funeral Home in Virginia Square will finally be redeveloped. Plans to turn the site into a luxury condo building fell through in 2008 when the company that owned it at the time filed for bankruptcy. Now, the property has been sold to a local firm that plans to turn it into an office building. The company plans to include ground-floor retail, a public park and a public theater in the development, which will make it eligible for bonus density from the county. More from the Washington Business Journal.