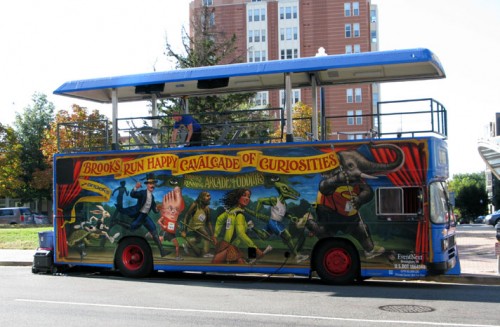 Arlington PD Officially Announces Project Lifesaver Program — As we first reported in June, Arlington will be joining the Project Lifesaver program, which provides electronic tracking devices to help locate individuals who tend to wander due to cognitive problems. The department made the official announcement in a press release last night. Families interested in enrolling their loved ones into the service should call 877-434-6384.

Arlington Tennis Phenom Advances in U.S. Open — Arlington’s own Denis Kudla, 18, is one of three U.S. boys to advance to the quarterfinals of the U.S Open junior boys’ tournament in Flushing Meadows, N.Y. More from the Washington Post and the NY Times.

Update on Arlington Mill Community Center — Via DC Mud, we learn that the county is trying again to find a developer to build a mixed-income residential complex behind the planned Arlington Mill Community Center on Columbia Pike. The developer most recently chosen for the residential project backed out, leaving the county to fish for more proposals. The palatial recreation center could break ground early next year, and an existing building is set to be demolished next month, DC Mud reports.