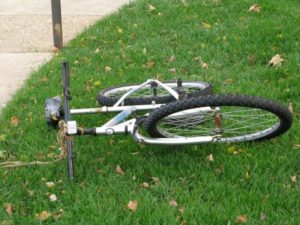 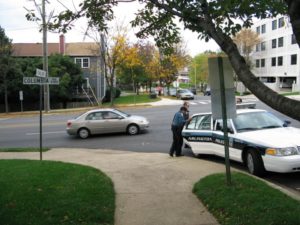 A safety tip for those who take their bike with them on public transit: don’t try to put your bike on a bus as it’s moving.

Police originally received a call for a man lying injured in the roadway near the Pike and South Oakland Street. A bike was also lying nearby. It was then reported that a Metrobus, which was no longer on scene, might have been involved.

After an investigation, which included examination of video from the Metrobus camera system, it was determined that the bus never made contact with the pedestrian, who put himself in harm’s way by attempting to load his bicycle onto the moving bus.

The bike appears to be damaged in the photos, but a police source told us that was the same condition the bike was in before the accident.

The man was treated for non-life threatening injuries at a local hospital.