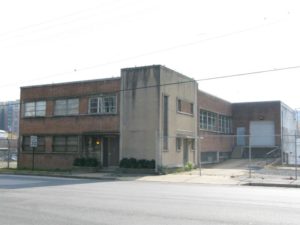 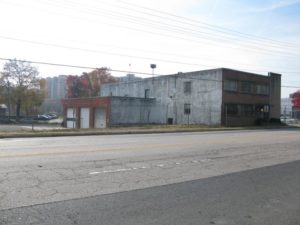 Believe it or not, this run-down building at 3600 South Four Mile Run Drive has only been vacant for a couple of weeks.

Alberici Constructors, which recently wrapped up its work on the expansion of Arlington’s Water Pollution Control Plant, had occupied the building and the surrounding lot and the  for nearly four years. Although the property is now vacant, it’s still leased through early next year, when the plant’s final construction phase is expected to conclude.

The building and a large, adjacent lot have been owned by Arlington County’s Parks Department since July 17, 2002, when it was purchased with bond money for $3.6 million, according to county media relations manager Mary Curtius.

Curtius says a decision has not yet been made on what will happen to the 75,000 square foot property once it’s returned to the Parks Department. The property is across the street from an existing park, the county’s 22.4 acre Jennie Dean Park.