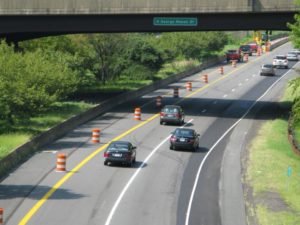 The Route 50/Courthouse Road interchange project is among the projects receiving funding under a new transportation push by Virginia Gov. Bob McDonnell.

At a meeting of Northern Virginia elected officials and transportation planners yesterday, McDonnell announced that VDOT will advertise some $1.1 billion in new construction and maintenance projects during the first six months of fiscal year 2011.

The spending will create 33,900 jobs and generate $2.83 billion in total economic activity, according to the governor’s office.

McDonnell says his administration has been working to unclog a backlog of projects in VDOT’s pipeline. The governor noted that now is the time to invest in new infrastructure, since financing costs are at near-record lows.

One question that remains is how McDonnell plans on funding the slew of new transportation projects. He has pledged not to impose new taxes.