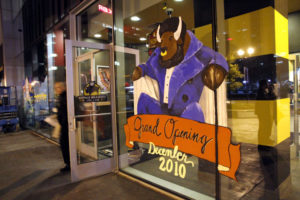 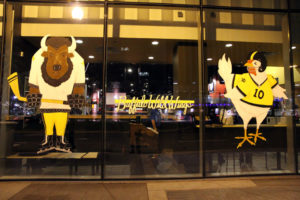 During the orientation, the glow from the galaxy of overhead flat screen TVs illuminated a relatively wide open, comfortable-looking space. The decor looked a bit more sleek than your standard, suburban Buffalo Wild Wings location. The huge floor-to-ceiling windows facing the street also helped to add a more urban feel.

An employee coming out of the orientation revealed that the restaurant’s opening date has been pushed back. Instead of opening on Monday, as originally planned, the restaurant is now expected to open to the public on Thursday, Dec. 16, he said.