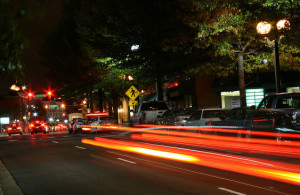 Watch out D.C., Arlington may be stealing away visitors.

It was just a few short years ago that Arlingtonians had to make lame excuses for why their D.C. friends should trek into the county. In 2006, one DCist writer (and Arlington resident) bemoaned “Arlington’s low bar diversity and mediocre dining choices” while trying to make the case that the Wilson Boulevard Taco Bell was a potential selling point.

“We’ve created a critical mass… we’ve passed some kind of tipping point, where Arlington is kind of a cool place to go,” said Terry Holzheimer, Director of Arlington Economic Development. He said that thanks to new dining and drinking options, Clarendon, Courthouse, Ballston Crystal City and Shirlington have all become destinations that can compete with District. 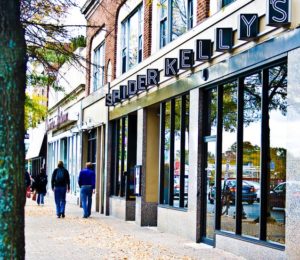 “If you look back a few years, there wasn’t much happening in Arlington,” Holzheimer said. “People have options now, they don’t have to get on the Metro, they don’t have to try to get downtown and not be able to find a parking spot in Penn Quarter or Adams Morgan.”

Indeed, anecdotal evidence of crowded bars and a long streak of new restaurant openings would seem to suggest that the dining and entertainment industry is doing quite well in Arlington, especially in Clarendon. And a poll we conducted earlier this month backs up the notion that residents are staying here rather than heading into D.C.

More than 75 percent of the 665 people who responded to the poll said “I don’t go out in the District as much as I used to.” Some cited steep parking rates in D.C. and the difficulty of taking Metro at night, but others said that new options in Arlington mean they don’t have to go to the District to have a good time.

Holzheimer says locals aren’t the only ones taking advantage of Arlington’s restaurants and nightlife.

“The demand is coming from throughout Northern Virginia, not just Arlington,” he said. “I think it draws from as far away as Reston and Herndon.”

“We might even be drawing from the District,” Holzheimer added. “In fact, we probably are.”

New retailers, like Trader Joe’s in Clarendon, will also help drive traffic to nearby restaurants and bars, he said.

Another advantage Arlington now has is the number of homegrown, local businesses that have been opening. While large chains have their place, Holzheimer said, the “unique character” of locally-owned bars and restaurants help bring in visitors.

“I think that Arlington is a contender in a way it hasn’t been a past,” said Arlington Economic Development spokesperson Karen Vasquez. “We’ve worked at these things [like encouraging local business formation] and I think they’re paying off. The tipping point — it’s a little hard to tell where it is until you’ve hit it — but I think we’ve hit it.”

(We contacted several D.C. economic development agencies for comment on this story. None responded.)