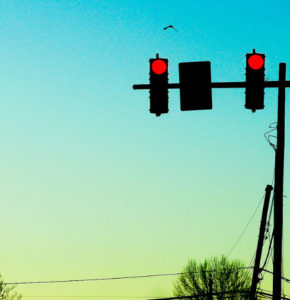 The board awarded a $651,000 contract to install an emergency vehicle preemption system along the entire Arlington stretch of Lee Highway. The system will allow emergency vehicles to get an automatic green light at approaching intersections, thus reducing travel times and enhancing safety.

“Emergency vehicle preemption technology is critical to saving lives by giving responders safe, speedy passage through intersections and cutting precious minutes off the time it takes to get patients to life-saving care at a hospital,” Arlington Fire Chief James Schwartz said in a statement.

The board also awarded a $4.7 million contract to install six miles of fiber optic line. The line will run from Rosslyn to Ballston, down Glebe Road and along the eastern end of Columbia Pike. It’s part of a larger, $20 million project to upgrade the county’s communication and traffic management systems.

The fiber line will connect 54 county traffic signals and will allow for the installation of additional traffic monitoring cameras and motorist information signs.

“Arlington’s dense urban corridors require a modern system that offers greater efficiency and flexibility for monitoring traffic, operating signals, and providing real time driver information,” said William O’Connor, Director of Arlington’s Department of Environmental Services. “Expanding and enhancing the system will help ensure that the Arlington streets operate as seamlessly and safely as possible both day-to-day and during emergency situations.”

The fiber line will replace an aging copper line as well as lines leased from Comcast.

“Built in the early 1980s, the County’s current communications network lacks the speed and capacity to meet present and future demands, and is nearing the end of its useful life,” the county noted in a press release. “It consists of outdated and increasingly unreliable twisted pair (copper) cables and a leased private network.”

Chesapeake Electrical Systems has been chosen as the contractor on both projects, which are expected to take six to eight months to complete. The work is being paid for with a combination of federal and local funds.