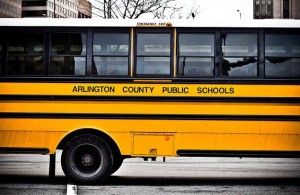 Arlington teens are more physically active and less sexually active than they were three years ago, a survey of Arlington students has found.

The 2010 Youth Risk Behavior Survey, which polled 8th, 10th and 12th graders in Arlington, found that more teens say they’re getting adequate exercise than three years ago, when the last survey was conducted.

In 2007, 40 percent of teens said they were getting adequate exercise — defined as at least one hour of exercise, five or more days per week. In 2010, that number jumped to 50 percent.

There was little corresponding change in obesity rates, however. The obesity rate remained steady at 9 percent, based on students’ Body Mass Index. In 2010, 13 percent of teens were “at risk for obesity,” compared to 14 percent in 2007. The percentage of students describing themselves as “overweight,” however, actually grew — from 25 percent in 2007 to 27 percent in 2010.

Meanwhile, fewer Arlington teens say they’ve having or have ever had sex.

Only 4 percent of teens say they were sexually active before age 13, compared to 5 percent in 2007.

Among sexually active youth, 63 percent used a condom in 2010, compared to 61 percent in 2007. Last year 75 percent of students reported using at least one type of reliable birth control.

In 2010, 4 percent of students said they have gotten someone pregnant, versus 5 percent in 2007. The number of students reporting more than four sexual partners in their lifetime remained steady at 8 percent.