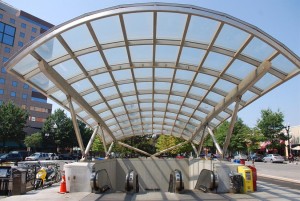 A local woman is hoping to round up area mullet-wearers for a photography project in Clarendon this weekend.

The woman, who would only identify herself as “Irene,” posted an ad on Craigslist to publicize the event.

“I think mullets are interesting and I think, although not in line with popular opinion, that mullets look great on those that choose to have them,” Irene wrote on the site. “I want to take your picture and ask you a couple of questions about why you have your mullet and what you think about mullets and yourself.”

The posting asks mulleteers to show up at the fountain in the park next to the Clarendon Metro station, between noon and 1:00 on Saturday.

“Be there or be square!” the ad beckons.

We asked Irene via email why, of all the possible subjects for artistic exploration, she chose mullets.

“I have been thinking about mullets for I would say 3-4 years now,” Irene wrote back. “I don’t know why I decided on mullets except that I kind of feel like so many people are stereotyped and hair has a lot to do with it, you know?”

“Mullets I feel are totally funky but I bet the people are varied and probably have a lot to offer and we all just see them as honky tonks,” she continued. “I really want to know the mullet wearer and what they are all about and hope to have it exhibited in some way in the future, assuming anyone shows up.”

An art major in college, Irene said she now has a job that does not satisfy her need for creative expression. She acknowledged that some may view her as “a complete weirdo,” but it’s all good — she is keeping her true identity hidden.

“I am trying to start a quiet revolution and I am hoping I can do it without being known, ya digg?” Irene wrote.

Just be forewarned, should you decide to show up with your mullet in tow. Irene said she is a known prankster who once — for an art class, mind you — put a giant maxi pad dispenser in the middle of her small Catholic university campus during blood donor week.

“My professor had to defend why my art should stay up,” she said. “It was great!”

Update at 4:30 p.m. — Irene insists that her mullet project has “nothing to do with pranking people.”

Update at 4:45 p.m. — Irene now tells us that she is embarrassed by this article and that the event is off.