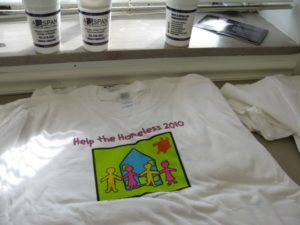 On Saturday, the County Board unanimously approved a series of affordable housing goals for 2015, with an eye toward preventing and ending homelessness.

The board formally set the goal of creating a comprehensive, year-round homeless shelter — a long-standing local priority that’s currently in the early stages of implementation. At the moment, Arlington County is only served by an emergency winter shelter. By building a new year-round shelter, the board hopes to cut the number of unsheltered homeless in the county by half.

The board also set the goal of finding permanent housing for 95 percent of all homeless families and elderly homeless individuals. Five years ago the board set essentially the same goal for 2010, but was only able to find housing for 44 percent of homeless families. Factors cited for the failure of meeting the 2010 goal included “poor credit history; limited number of slots in transitional programs; mental health and/or substance abuse issues; underemployment/ unemployment and lack of job skills or readiness.”

In terms of the county’s broader housing goals, the board voted to continue striving toward the creation of 400 new committed affordable housing units each year, with 25 percent of those units reserved for households in “serious housing need” (defined as those who earn below 40 percent of the local median income or who pay more than 40 percent of their income as rent).

“Arlington has been, and will continue to be, a regional leader in preserving and expanding the pool of committed affordable units as market rate units become increasingly unaffordable for working people,” County Board Chairman Chris Zimmerman said in a statement Saturday afternoon. “Today’s action by the Board further strengthens the County’s long-term efforts to ensure that Arlington remains a diverse community with homes affordable to persons with low-to-moderate incomes.”

The new goals specify that, compared to the affordable additions over the past decade, a greater portion of the additions be made in the north and northwestern parts of the county, while fewer additions be made along the Columbia Pike corridor in South Arlington.

In addition to bolstering the committed affordable housing stock, the board wants newly-acquired committed units that are being renovated to be made more energy and resource efficient. The board set the goal of reducing energy use by 15 percent and water use by 10 percent in committed affordable units.

When renovating new committed affordable units, the board specified that efforts should be made to minimize the involuntary displacement of low- and moderate-income households. That goal comes one month after the board approved the renovation of the Howard Manor apartments, which residents said would result in the displacement of school teachers and working moms who make just above the income cut-off for affordable housing (60 percent of the local median income).

One other change of note concerns the way in which Arlington County tries to add units to its committed stock. The board removed a previous goal of making sure that most affordable housing additions are made in projects that contain a mix of affordable and market rate units. The board will continue “exploring” mixed-income developments, but it will no longer be a stated priority.