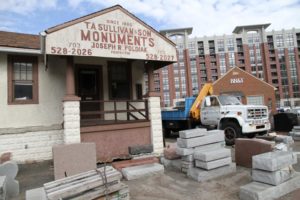 Next month the Clarendon-Courthouse Civic Association will discuss a planned office development on one of the last parcels of available high density real estate in the area.

The parcel is the block between Highland Street, Garfield Street, Washington Boulevard and 11th Street. It’s currently home to the T.A. Sullivan & Son cemetery monument business, Eleventh Street Lounge, Potomac Crossfit and a car dealership. All will be torn down to make way for a new ten-story office building with ground level retail space, according to a business owner, who did not want to be identified.

Penzance, a District-based developer, has land purchase contracts in place and hopes to start construction in either 2012 or 2013, according to the business owner.

Representatives from the development company are scheduled to discuss their plans on Wed., April 13, between 7:45 and 8:30 p.m., at a meeting of the Clarendon-Courthouse Civic Association. The meeting is being held at the Navy League building at 2300 Wilson Boulevard. Among the planned topics are the building footprint and its height, density and architecture. 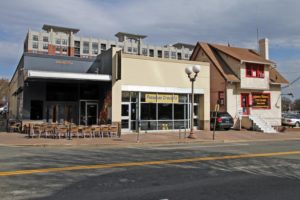 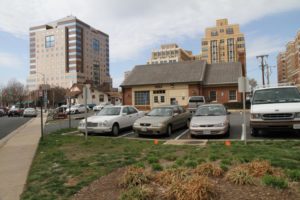