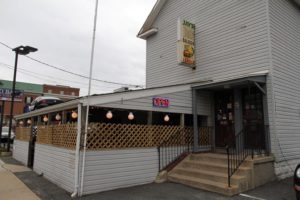 Jay’s Saloon and Grille, at 3114 N. 10th St. in Clarendon, opened in 1993 and bills itself as “one of the last true ‘Dive Bars’ in Arlington.” Unfortunately, like many Arlington dive bars before it, Jay’s will eventually become another victim of redevelopment.

Kathi Moore, who co-owns the bar with her ex-husband, Jay Moore, says their lease is up at then end of the year and she does not expect the landlord to renew it. The landlord, an ownership group led by Clarendon-based Buck and Associates, is under contract with a developer that plans to redevelop the land occupied by Jay’s and two small, adjacent commercial buildings.

That is not to say that Jay’s will close at the end of the year — they may be kept on a month-to-month lease until the developer is ready to proceed with its project. But one thing is for sure: Jay’s days are numbered.

Buck and Associates owner William Buck says he’s not sure of the developer’s exact plans, but offered that it’s a “safe bet” that the redevelopment would start “within five years.” He declined to discuss lease agreements. 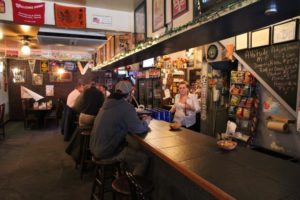 The prospect of Jay’s closing, Moore lamented, is like losing a family.

“It’s a neighborhood bar,” she said last night, perched at a bar stool with a newspaper in front of her. “We’ve had weddings and funerals in here… I literally know everybody’s name.”

Moore, who worked for the government before devoting herself to Jay’s, says she works at the bar seven days a week and can’t remember the last time she took a vacation. Her work ethic is old-school, just like the bar itself. Jay’s sells $8 pitchers of beer during happy hour, lets dogs hang out with their owners on the patio, and has a senior citizen who DJs on Friday nights using only cassette tapes.

Moore compared the bar to “Cheers,” adding that customers who moved to the area from other parts of the country often tell her that Jay’s reminds them of bars from home. She says Jay’s caters to a mature, 35-to-65 year old clientele not well-served by other Clarendon bars, which tend to attract a preponderance of 20-somethings.

Asked about her plans should Jay’s be forced to close, Moore said she’s not sure what she would do, but admitted that she isn’t actively looking for a place to relocate the bar, at least at this point. Pressed on what the future holds for Jay’s, she was reluctant to elaborate.