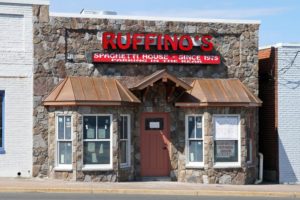 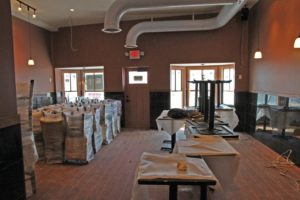 Ruffino’s Spaghetti House (4763 Lee Highway) may re-open in a week or two.

The restaurant closed for renovations in September, and loyal customers have been asking when it’s going to re-open ever since. Owner Robin Gamzeh says he hopes to open as soon as next week — if county inspections go well.

Outside and in, nearly everything about Ruffino’s appearance has changed. The exterior is brand new and the interior is completely revamped. One thing that hasn’t changed much is the restaurant’s menu. Gamzeh says everything from the original menu will still be available, with a few new additions.

Gamzeh says the re-opening was delayed several months after a contractor discovered a 5-6 foot basement crawl space while doing plumbing work. The basement, which Gamzeh did not know existed, had to be reinforced in order for renovations to continue.

Update at 5:45 p.m. — After a period of heavy snow, the transition to sleet and freezing rain is underway, potentially making travel even more hazardous. There have been several…

Read more →
More Stories
Poll: What Would You Like to See Return to Clarendon-Courthouse?Morning Notes