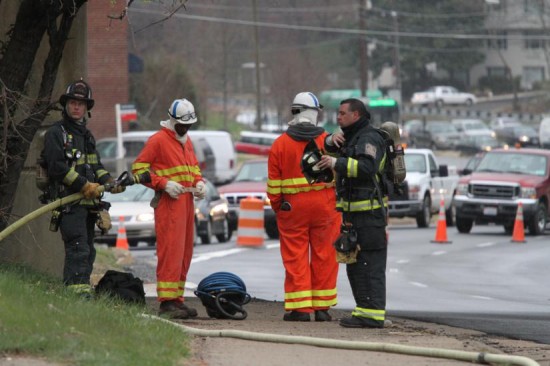 Update at 4:15 p.m. — The gas leak has been stopped and all lanes of westbound Route 50 are now open.

Earlier: The westbound lanes of Route 50 have been shut down near Fairfax Drive in Courthouse due to a gas line rupture.

Firefighters are reporting that a 16-inch gas transmission line has been ruptured in the area of the 10th Street Bridge. The closure of westbound Route 50 is expected to last at least another hour while Washington Gas works to shut off the gas and repair the line.

The eastbound lanes of Route 50 were shut down for a short period of time, but have since reopened. Still, significant traffic issues are being reported in the area. In addition to cars, police are also turning pedestrians away from the area.

This stretch of Route 50 has been the scene of on-going utility work. 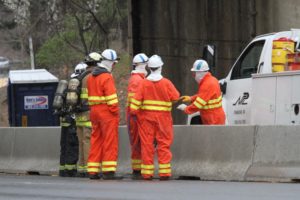 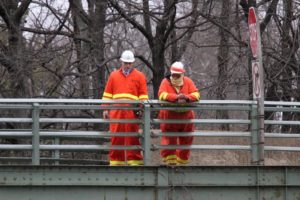