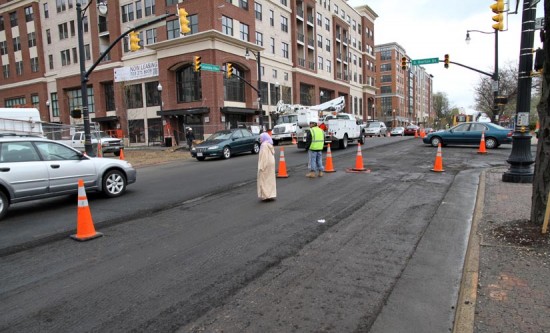 The construction cone slalom on Columbia Pike has converged into one relatively narrow, pock-marked chute of two-way traffic.

On one side of the Pike, two lanes are blocked by much-needed repaving work. On the other side, next to the still under-construction Penrose Square development, one lane is blocked by Dominion trucks that are preparing to replace an underground transformer that apparently blew this morning (a tipster reports hearing a large bang and seeing a flash in the area around 9:30 a.m.).

In the middle of the mess is the intersection of Columbia Pike and S. Barton Street, where traffic lights are dark thanks to the aforementioned power problems.

Traffic and construction vehicles on the Pike are treating the intersection as if there was no stop light at all and simply driving through it. As of 1:45 p.m., no one was there trying to instruct them otherwise. 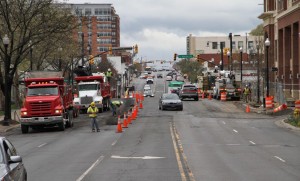 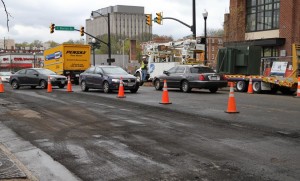