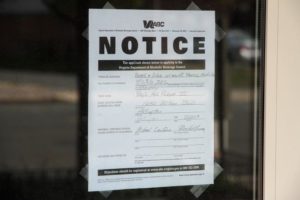 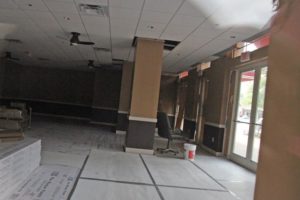 What’s coming to the ground floor of 1650 Wilson Boulevard in Rosslyn?

We know it’s a restaurant, and that Michael Landrum of Ray’s the Steaks fame is behind it — his name is on the ABC permit, after all — but at this point it’s hard to tell what kind of restaurant it will be.

Previously, we reported that the establishment’s name, per the ABC permit, was “The Lobster Pot.” That led to speculation that Landrum was building his long-talked-about “Ray’s the Catch” seafood restaurant. But now there’s a new name on the permit: “Ray’s Hell Burger III.”

Either way, we’re told that the restaurant — whatever it may be — will open in “a few weeks.”