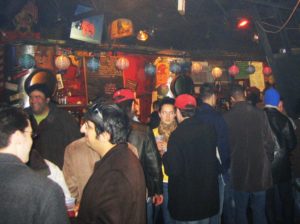 Stewart tells ARLnow.com that he has raised about $175,000 of the $400,000 to $500,000 he needs to bring the watering hole back to life. Having already sold interest-bearing investments, Stewart is now selling ownership shares in the new bar.

Stewart says that he has negotiated a purchase price for an existing business in Clarendon, and now just must raise enough money to get the new Dremo’s off the ground and running.

In June, the Washington Business Journal first reported that Stewart was eying a 6,000 square foot space somewhere in Clarendon. Stewart says he’s not going to reveal the exact location until he signs a lease.