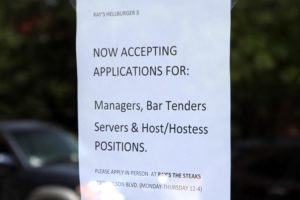 “Ray’s Hell Burger III” is getting closer to opening in Rosslyn.

Interior construction on the new restaurant, located at 1650 Wilson Boulevard, appears to be complete. A permit for 22 outdoor tables and 44 outdoor seats was approved by the county late last month. And “now hiring” signs (for managers, bartenders, servers and hosts/hostesses) are currently posted in the windows.

The Virginia Department of Alcoholic Beverage Control is still processing an application to serve wine, beer and mixed drinks at the restaurant. According to the permit application, “Ray’s Hell Burger III” will seat at least 150 people.

Little else is known about the restaurant, which is located a block away from Ray’s Hell Burger I and II. “Ray’s Hell Burger III” is now the name on all of the restaurant’s permits, but the ABC permit used to list the name as “The Lobster Pot” — hinting at a possible seafood restaurant. A Washington Post article from 2010, however, may shed some light on the true plans.

“[Ray’s Hell Burger II] will move across the street to an even bigger location that will accommodate more people more comfortably,” the article said. “It will also have a kitchen large enough to turn out house-made french fries, instead of the frozen ones customers largely have deemed unworthy of the burgers.”

At the time, the article predicted that the move would take place within a matter of months, which obviously hasn’t happened (yet). This afternoon, Ray’s Hell Burger employees told us that they had not been told anything about the plans for the restaurant across the street, whatever it may be. 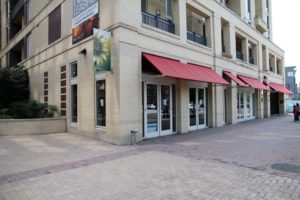 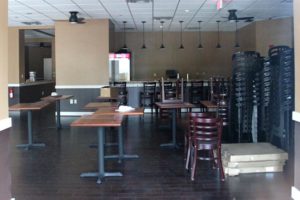