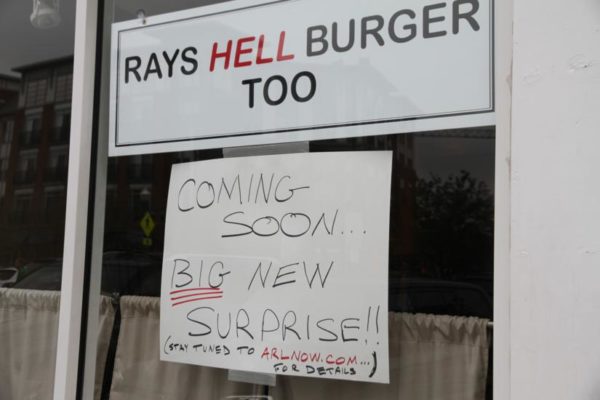 Restauranteur Michael Landrum is up to his mysterious ways again.

Less than a month after the quiet opening of Ray’s to the Third across the street, Ray’s Hell Burger Too (1713 Wilson Blvd), the sit-down table service version of the more casual Ray’s Hell Burger concept, has closed. A sign in the window declares: “Coming Soon… Big New Surprise!”

Even more surprising, the sign also says: “Stay tuned to ARLnow.com for details.” That was news to us — we only found out about the sign from a reader seeking more details. Luckily, we were able to catch a rain jacket-clad Landrum at the flagship Ray’s Hell Burger in Rosslyn to clear things up.

“That was a little dig,” Landrum said with a smile. He noted that ARLnow.com seemed to publish details about Ray’s to the Third before he even knew what he was going to ultimately do with the space.

Landrum said he’ll be opening a new concept restaurant in the Ray’s Too space, but was short on details. Asked if seafood — the long-rumored Ray’s the Catch — was to be the new concept, Landrum said it “isn’t currently in the works.” Instead, Landrum says he’s currently content to be expanding the seafood offerings at Ray’s to the Third.

So what will the new concept at 1713 Wilson be?

“I can’t tell you what I’m doing here,” Landrum said. “With my restaurants, I don’t know when they’re going to open, or what’s going to be on the menu, until the day before… Honestly, everything works, but I sort of just make stuff up as I go along.”

Landrum did volunteer, however, that he’s hoping to open the new restaurant within a month — perhaps by Nov. 1. There won’t be any construction involved, so he expects a “quick turnaround.”

Landrum added that the eatery, whatever it is, will be quick, casual, “down and dirty” and at a “working-man-friendly price point.” 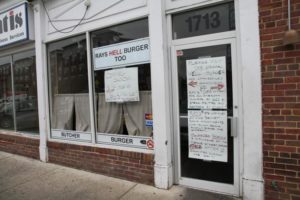 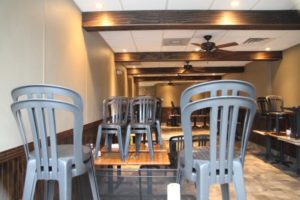 A bank could be coming to the former The G.O.A.T. space across the street from the Clarendon Metro station, a reliable source has told ARLnow. A year ago, the sports…

Arlington County is applying for a $4.5 million grant to further offset a proposed west entrance to the Ballston Metro station. On Saturday, the County Board is set to approve this request…

It still may be another month or two before Korean rice dog eatery Oh K-Dog and Egg Toast opens in Arlington. In November, we reported that the fast casual franchise…

As commuters left to wet roadways this morning, predictions about when rain would switch to snow, and how much snow would fall, shifted. Arlington is still under a Winter Weather…