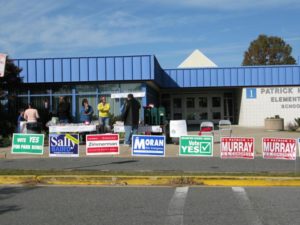 The special election for Arlington County Board will take place on March 27, 2012, according to a court order issued today.

The election is being held to fill the seat vacated by Barbara Favola, who defeated Caren Merrick in the race for Virginia Senate last month. The date could not be set until Favola formally resigned from the County Board.

Whoever claims victory in the special election still must run again for the seat in November.