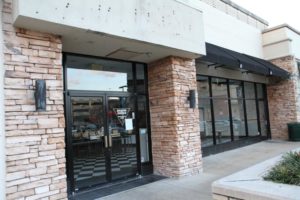 There’s a big restaurant shakeup underway at Pentagon Row. Baja Fresh and PR Grill have closed their doors at the shopping center, while Lime Fresh Mexican Grill and Nando’s Peri-Peri restaurant will be opening later this year.

Baja Fresh, located near the Harris Teeter grocery store, closed on Dec. 31, according to a note in the window. The restaurant’s main sign has already been taken down.

Florida-based Lime Fresh is backed by the company behind the Ruby Tuesday restaurant chain. 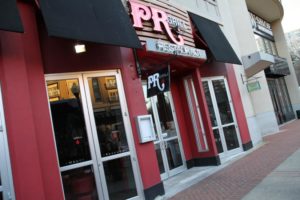 PR Grill closed recently so that the owners could “concentrate on other business,” according to a web site where just about everything remaining inside the restaurant is being auctioned off. PR Grill’s web site is still live, however, touting the restaurant’s “variety of American steak and seafood dining hot off the grill.”

The restaurant shakeup comes as Federal Realty, the company that owns Pentagon Row, is preparing to revamp the property’s central plaza area. The company’s proposal to reconfigure the plaza is expected to be considered by the Arlington County Board later this month. The reconfigured plaza would allow for a larger skating rink, among other changes, we’re told.