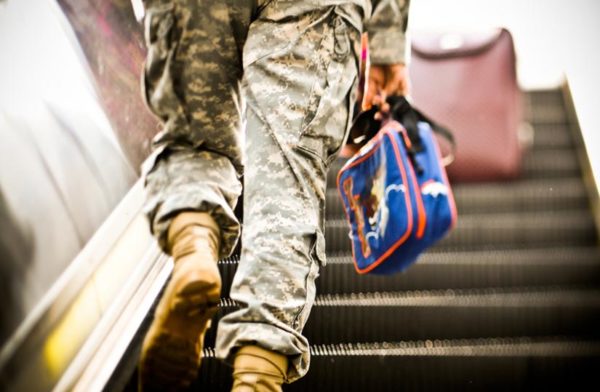 Backyard Chicken Debate Rages On — Egg-laying hens aren’t all they’re cracked up to be, according to an Arlington resident whose neighbor had an illegal chicken coop. “I can tell you that I thought we had excessive flies, we had rodents; the chickens do make noise and there is a smell,” Darryl Hobbs told WUSA9 at a community discussion about backyard chicken raising last night. Chicken supporters dispute claims that their coops are unsanitary, and say that egg-laying hens produce a steady stream of healthy, tasty and sustainable food. [WUSA 9]

Shoplifting Suspect Flees Down Metro Tracks — Metro trains were temporarily shut down near the Pentagon City station Tuesday night after a shoplifting suspect jumped on the tracks in an attempt to get away. The man, who’s accused of shoplifting from the Nordstom’s in Pentagon City, was eventually caught by Metro Transit Police. [NBC Washington]

Hope Wants Insurance Exchange — Arlington’s Del. Patrick Hope (D) is one of the Democratic lawmakers hoping to pass a law to create a state-run health insurance exchange during the new General Assembly session in Richmond. All states are to have an insurance exchange in place by the end of 2013 under the Obama health care plan. “It will allow small businesses and individuals the opportunity to leverage similar to or even greater resources than that of large employers, using that clout to drive better pricing, choices and quality,” Hope said. [Roanoke Times]

Yoga, Pilates, Spinning in Clarendon — Mind the Mat, a new yoga and Pilates studio, opened in Clarendon this week. The studio, at 3300B Fairfax Drive, is offering free classes this week. Meanwhile Revolve, an indoor cycling studio that opened at 1025 N. Fillmore Street in Clarendon late last year, is holding its official grand opening celebration tonight from 6:00 to 9:00 p.m.

Correction to Item Yesterday — A Morning Notes item yesterday erroneously stated that County Board member Walter Tejada was seeking the creation of a proposed Office of Latino Affairs in Arlington. In fact it’s BU-GATA, a tenants-rights organization, that is proposing the office’s creation. Tejada told ARLnow.com that he supports improving services for Latino residents, but doesn’t think the creation of a separate county department is necessarily the best way to go about it. “I don’t think it’s the thing to do,” he said. ARLnow.com regrets the error.