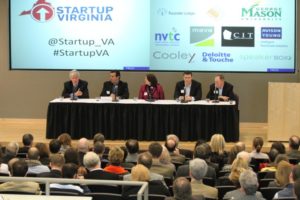 A new organization that will help Virginia entrepreneurs connect with each other and grow their companies was launched this morning at George Mason University in Arlington.

Startup Virginia, part of the privately-funded Startup America Partnership that President Obama helped to launch last year, promises to “support entrepreneurs and help startups drive job creation” in the Commonwealth. Organizers say Northern Virginia in particular is fertile ground for startups, with the numerous corporate headquarters in the area and with the area’s focus on science and technology.

“It’s about time this region got the recognition it deserves,” said a panelist at this morning’s launch event, which was attended by several hundred business leaders, academics and other attendees. Another panelist suggested that entrepreneurs can help pick up some of the economic slack that will be caused by expected cuts in defense spending. 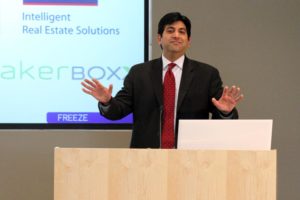 Among the speakers at the event were Aneesh Chopra, the outgoing Chief Technology Officer for the White House, and Steve Case, co-founder of America Online, Chairman of the Startup America Partnership and a prominent local investor. Chopra cited Courthouse-based Opower as an example of a Virginia startup that’s making it big.

“Right down the street here in Arlington, Opower didn’t exist five years ago,” Chopra said. “[It has] over 300 employees to help compete to bring down your energy bills.”

Chopra made some news at the event when he hinted at a new bipartisan legislative package that’s expected to be announced by the White House later today. According to Chopra, the legislation would cut taxes for small businesses and entrepreneurs, would reduce barriers to accessing capital markets for high-growth companies, and would seek to reduce administrative backlogs for high-skill immigration.

Case said entrepreneurs helped to build the United States into the world power it is today.

“We didn’t become the leading economy by accident,” Case said. “It was the work of entrepreneurs creating companies, and really creating entire industries, that in the last two centuries has propelled us to the position we now have globally.”

Case cautioned, however, that other countries are trying to catch up with America in the realm of entrepreneurship. The U.S. must focus on “winning the global battle on talent,” he said. 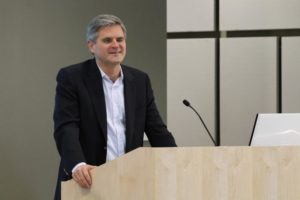 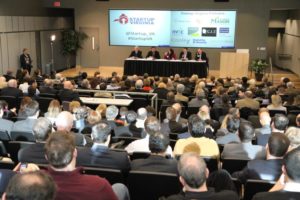